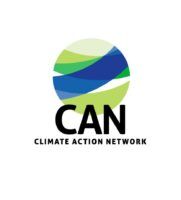 Civil society organisations are urging G20 governments to make a promise to divest fossil fuel subsidies by 2020. More than 200 environmental groups, campaigners and researchers have joined forces to demand an end fossil fuel funding. The call comes as energy ministers and the EU Commissioner for Climate Action are due to meet later this week to discuss sustainable energy investments.

Environmental groups, campaigners and researchers have come together to sign a joint statement which calls for governments to set a clear timetable to phase out fossil fuel subsidies as well as public finance for oil gas and coal production.

The statement also urges G20 governments to commit to full transparency about fossil fuel subsidies from 2017 onwards and to include all commitments in the 2016 G20 communique ahead of this year’s summit in September.

Wendel Trio, Director at CAN Europe said: “The Paris Agreement is a game-changer that requires the G20, including the EU, to speedily transition away from polluting fossil fuels. We expect the EU to demonstrate its climate leadership role and translate it into a clear G20 deadline to phase out fossil fuel subsidies by 2020.”