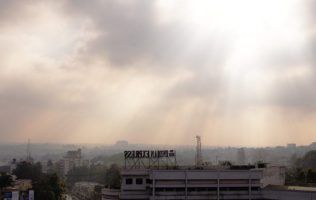 Clean Air Cases Launched In EU: Brussels Is Next Target

A legal challenge has been launched today by ClientEarth with the aim to tackle the pollution crisis in Brussels. This target is the latest in along line of cases in Europe.

The development means the environmental law organisation, working with partners in Belgium, has added to its UK and German legal actions. A case has also been launched in Brno in the Czech Republic and further legal interventions, including a second Czech case, are planned in the coming weeks.

The cases, all brought before national courts but based on the EU air quality directive, aim to oblige governments to take robust measures to bring air pollution within legal limits as soon as possible.

The Brussels case is against the regional government and focuses on nitrogen dioxide (NO2), which in towns and cities, comes mostly from diesel vehicles. The legal challenge calls for the authorities to produce an effective plan to clean up the city’s air.

ClientEarth lawyer Alan Andrews said: “We have successfully challenged the UK government and authorities in Germany over their failure to protect their people from air pollution. Now we are helping people in Belgium and the Czech Republic fight for their right to breathe clean air.

“Governments across Europe are failing in their legal duty to protect people from the harmful effects of air pollution.”

We are calling on the courts to force them to put that right.

“This is a Europe-wide public health crisis that needs an immediate response at all levels: city, regional, national and EU. While this case is against the regional government in Brussels, it should also serve as a wake-up call to the national government and EU institutions that they need to step up action on air pollution – especially when it comes to emissions from diesel cars.

“For too long, the EU and national governments have put car industry interests before people’s health and the environment.”

In this latest round of cases, ClientEarth is working with concerned residents in Brussels and public interest law firm Frank Bold in Brno in the Czech Republic to compel authorities to act.

Citizens in Brussels and Brno have been breathing illegal levels of air pollution since 2010. In its landmark 2014 judgement in the ClientEarth case against the UK Government, the European Court of Justice ruled that national courts have a duty to hold governments to account where they fail to keep pollution within legal limits.

An estimated 403,000 early deaths were linked with air pollution in the EU in 2012. Toxic air has been shown to cause stunted lung growth in children and aggravate cardiovascular and lung conditions.

Last week, in the latest victory for clean air in Europe, the Administrative Court of North-Rhine Westphalia ordered the authorities not to wait for the federal government to act but to introduce by January 2018 a diesel ban in Düsseldorf to tackle the ongoing illegal levels of air pollution there. The case was one of several being run by ClientEarth with German partner DUH.

More results from Germany are expected in the coming months.

On 18 and 19 October, ClientEarth is taking the UK government back to court over its failure to tackle the UK’s air quality crisis, despite a Supreme Court ordering them to do so in April 2015.