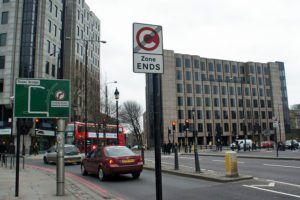 Commenting on the Mayor of London’s announcement that toxic air warnings will be displayed at hundreds of Tube stations and bus stops during pollution peaks in London, ClientEarth spokesperson Simon Alcock responds

Alcock commented: “We welcome the announcement by the Mayor to use public signs to display toxic air warnings and for bringing it in so quickly. We have been calling for such action for many years as it will help people protect themselves from high levels of air pollution and could also help encourage them to reduce their contribution to the problem.”

“Given the lack of action by the UK Government, the Mayor should now go further and develop a comprehensive and proactive public education campaign on air pollution. This would help people understand the causes of air pollution, how they can protect themselves, how they can help to reduce their contribution and what needs to be done by the Mayor and Government to tackle the problem.”