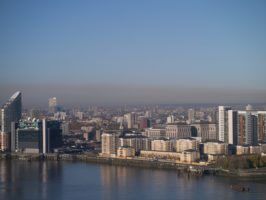 Responding to today’s study by King’s College on pollution levels in London, ClientEarth lawyer Alan Andrews said: “This study shows that Londoners are still breathing dirty and illegal air – with the vast majority of monitoring sites still recording levels of pollution above the legal limits.

“The Mayor is showing significant ambition to improve  air quality and we support many of his proposals. But he needs to go further and faster to meet his legal and moral obligations to protect people from harmful air pollution.

“Many roads will still be breaching air pollution limits in 2030. This is twenty years after the deadline. Every year that goes by, thousands more people will needlessly suffer sickness and early death.”

ClientEarth believes that today’s study is proof that pollution levels can be tackled when the political will is there and that is why the UK government and the London Mayor need to take more comprehensive action to deal with illegal air quality.

Andrews added: “This study should also send a clear message to the UK government that much more ambitious and bold action is needed. Everyone has the right to breathe clean air which is why we will be back in court in October to force the government to act.”

The findings, published in the journal Environmental Pollution, showed significant variability across the city with some roads showing significant decreases in pollutants but others deteriorating badly.

Overall, the figures show that around three-quarters of air quality monitoring sites still recorded levels exceeding the NO2 EU Limit Value during 2015. The study looked at trends in air pollution over a ten-year period spanning 2005 to 2014, using data collected from 65 roads.  Researchers looked at changes in a number of pollutants including nitrogen dioxide (NO2), particulate matter as fine (PM2.5) and coarser (PM10) particles, carbon dioxide (CO2) and black carbon.

Examples given of roads that have seen improvement are well known hotspots that have received particular public and political attention. For instance,  high levels of air pollution in Putney High Street were highlighted after many years of campaigning by the local community who had to carry out their own monitoring to convince the council there was a problem; the Council then helped to lobby TfL who after many years targeted the area with a special trial to fit buses with SCR units and they will now be prioritised as one of the first Low Emission Bus Zones.

ClientEarth is taking the UK government back to court in October over illegal levels of air pollution across the UK. The environmental law group won an earlier challenge at the Supreme Court last year.