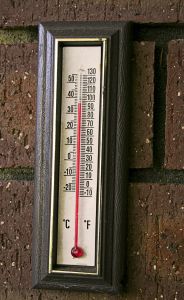 Europe is likely to have experienced its hottest year since the 1500s in 2014, and according to new research climate change has played a significant role in setting record temperatures.

Scientists from Oxford University, the Royal Netherlands Meteorological Institute (KNMI), the University of Melbourne and the Australia National University analysed centuries of temperature records to draw the conclusion.

Three independent teams used different approaches to analyse historical temperature records and the results of thousands of simulations using climate models. The KNMI and Melbourne teams found that record-setting levels were increased by at least 35 to 80 times due to human influence on the climate.

The University of Oxford team focussed on data from Europe and concluded that the odds of a year as hot as 2014 was increased by a factor of at least 10 because of global warming.

Separate studies have also indicated that manmade climate change is having a huge influence on global temperatures. According to the UN, 13 of the 14 warmest years in recorded history have occurred in the 21st century.

Geert Jan van Oldenborgh, a climate scientist at KNMI, said, “In the early 1900s, before global warming played a significant role in our climate, the changes of getting a year as warm as 2014 were less than 1-in-10,000. In fact, the number is so low that would could not compute it with confidence.”

He concluded the greenhouse gas emissions has made a temperature anomaly like the one observed in 2014 in Europe at least 80 times more likely.

Initial forecasts from KNMI place Europe’s annual mean temperature for this year at 10.5C, this is 0..3C above the previous record set in 2007.