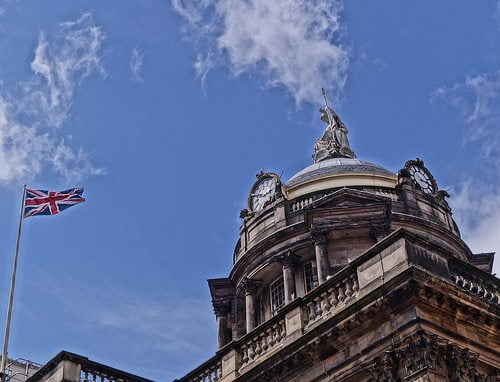 The Co-operative Bank is to exit existing banking relationships with local authority customers in an effort to focus its attention on individuals and small and medium sized businesses.

The bank, which revealed recently that it would be closing around 50 of its 324 UK branches, is now 70% owned by outside investors. This includes two major hedge funds.

This decision came as part of a £1.5 billion recapitalisation plan, brought on by the bad debts the Co-op inherited following its 2009 merger with Britannia Building Society.

Personal customers have been ensured that the ethical principles that attracted many of them to open accounts with the bank in the first place remain as strong as ever. Meanwhile, the Save Our Bank campaign has urged individuals not to switch to alternative providers just yet.

In a letter to CEOs and its day-to-day contacts this week, the Co-op reaffirmed its commitment to individuals – as well as small and medium sized business customers. However, it added that this focus meant that it would be looking to pull out of “some banking relationships which do not meet [its] future risk appetite or which have comprehensive and complex banking requirements”.

The letter went on to say, “As part of this strategy, we have decided to withdraw from our involvement in providing banking transmission services to local authorities.”

According to Room151, local authorities had nearly £300m banked with the Co-op as of May this year. The bank said it would be loyal to existing local authority relationships, but will not seek renewals.

The move has been described as “shortsighted” by the campaign group Move Your Money, which described council banking as an “important and profitable market”.

Indeed, in a report from July, Move Your Money estimated that as much as £31 billion could be held in local authority accounts across the UK. It urged the councils to make banking and investments work harder for their communities, by seeking out more responsible or ethical options.

High street banks as Barclays are placing emphasis on attracting council customers. Move Your Money said Barnsley and Wakefield local authorities had already switched from the Co-op to Barclays.

Speaking about the Co-op decision to phase out its local authority relationships, the campaign group’s chief executive Laura Willoughby said, “Local authorities need to be able to choose from a competitive market and find banks that share their values and aspirations. Instead, this announcement leaves their choices virtually non-existent.

“It gives the big five banks a clean run at public money, and makes a mockery of the government’s stated ambition to diversify and regionalise UK banking and promoting competition.”

She added, “Councils should not give their contracts to any bank without demanding local benefit and better behaviour. It’s time for local authorities to flex their muscles as the powerful customers that they are.”

UK councils urged to move their £31bn to alternative banks