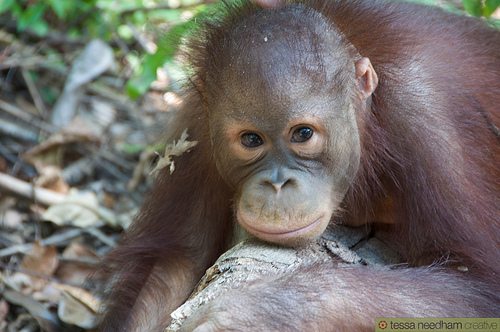 Conservation charity the World Land Trust (WLT) has announced it has successfully raised £1m in order to help it protect orangutans and other wildlife species in Borneo – home to some of the Earth’s most important but fragile ecosystems.

The organisation, which partnered with NGO Hutan and the Rainforest Trust for the campaign, said it would now be able to buy a corridor of land in the northern state of Sabah, Malaysia so that wildlife can easily move between two of the largest forests.

John Burton, CEO of the WLT, said, “We have been overwhelmed by the response to our Borneo Rainforest Appeal. It was an ambitious target and we hoped our supporters would respond generously, as indeed they have done.

“WLT’s Big Match Fortnight in October 2013 raised £725,000 and we could not have achieved this magnificent sum without the generosity of the donors who pledged to match the amount we raised.”

The charity said that the initiatives would not only benefit orangutans, whose population has declined by 50% over the past 60 years due in large parts to deforestation, but also other threatened species such as the pygmy elephant and the proboscis monkey.

Posing major threats to Borneo’s wildlife are the expansion of coal mines and especially palm farms, whose oil is widely used for cosmetics, food and biodiesel.

Dr Paul Salaman, CEO of the Rainforest Trust, said, “The rapid expansion of oil palm plantations in Borneo has resulted in an unprecedented destruction of unique and rich tropical rainforests, putting the future of Borneo’s orangutans in serious jeopardy.

“Thanks to thousands of donations, this appeal will help ensure the survival of important orangutan and pygmy elephant populations.”

Last year, some of the UK’s biggest banks faced criticism after figures suggested they were funding companies responsible for extracting around 83% of coal in Borneo, threatening the environment and local communities.