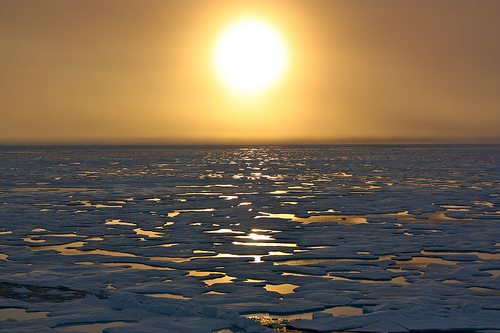 In a study published in the scientific journal Nature last week, researchers said the release of a single “pulse” of methane from permafrost beneath the East Siberian Sea could cost $60 trillion (£39 trillion) alone.

However, the research has provoked a scientific controversy. Gavin Schmidt, climate scientist at the NASA Goddard Institute for Space Studies, took to Twitter to say the study was “misleading” and assumed an “unlikely” rapid increase in methane emissions.

The study, by researchers from the UK and the US, says a 50 gigatonne pulse of methane could be released between 2015 and 2025. As methane is 20 times more effective at trapping heat as carbon dioxide, the study claims this would accelerate global warming by anywhere between 15 to 35 years.

This would then set off an “economic timebomb” as extreme weather conditions would affect global agricultural production and batter developing economies.

However David Archer, a climate scientist from the University of Chicago, said that there was not a proposed mechanism that would release large quantities of methane gas from the sea floor to the atmosphere quickly enough to cause the kind of damage predicted in the study.

“It has to be released within a few years to have much impact on climate, but the mechanisms for release operate on time scales of centuries and longer,” Archer told Live Science.

In a 2008 report, the US Climate Change Science Programme also said that such a release appears “very unlikely.”

Peter Wadhams, one of the scientists who worked on the original study, has defended the findings, claiming that sceptics are not working from the latest information.

“The mechanism which is causing the observed mass of rising methane plumes in the East Siberian Sea is itself unprecedented and the scientists who dismissed the idea of extensive methane release in earlier research were simply not aware of the new mechanism that is causing it”, he said.

“Therefore I robustly defend our research and commentary, and hope that rather than dismiss the substantial risk such a methane release poses, the response might be to support more intensive research on this problem.”