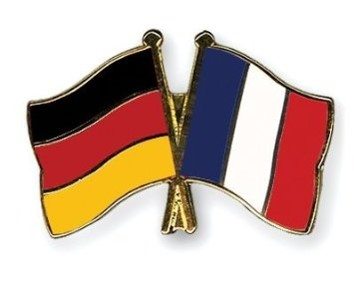 The move echoes rapidly growing support voiced by states and global civil society for the calls of the CVF’s Manila-Paris Declaration on long-term temperature and mitigation goals. On 1 December, the momentum was highlighted when the Forum was given the rare “Ray of the Day” international award, followed by expressions of support for 1.5°C by celebrity activist, Mark Ruffalo.

Philippine delegation chief to COP21, Secretary Emmanuel de Guzman said: “This is historic. The call of the vulnerable has been answered by the presidency of the COP and the largest economy of the EU host region. The momentum for raising the level of ambition in Paris now opens the exciting possibility for a truly historic and transformational summit. We salute France and Germany and call for more countries to join in the call for 1.5°C to protect human rights globally.”

French President Francois Hollande declared in his speech to COP21 needed to set a credible path “to sketch out a credible path allowing us to limit global warming to below… 1.5C if possible.”

Germany’s official spokesperson declared today that “the 2-degree goal is too little. 1.5 degrees must be mentioned in the climate treaty. That is the position of the Federal Government [of Germany].” [unofficial translation]

“The dangers we face at less than 1 degree of warming remind us of the inadequacies of the current 2 degree target and the need for a long-term mitigation goal to guide strengthened party contributions consistent with the most ambitious but feasible target of 1.5°C. We invite countries and civil society groups alike to declare support for limiting warming to a maximum and strongly encourage engagement with our #1o5C campaign [www.1o5C.org]. Join us in fighting for the right to survive and thrive,” said Secretary de Guzman.

On 30 April 2015 the CVF conveyed a submission under the UNFCCC mandated 2013-2015 Review of the Convention’s long-term goal of 2 degrees, including a report by the Special Procedures of the United Nations Human Rights Council that remains under the active consideration of the Paris conference this week. The lead author of the report, endorsed by 23 independent UN human rights experts, Special Rapporteur on Human Rights and the Environment, Prof. John Knox, commented on the conclusions of the report dealing with human rights and the impact of 2 degrees of climate change:

“Warming of 2 degrees will have a major impact on the full enjoyment of a wide range of human rights. Incremental increases in impacts and risks, even those associated with shifting from warming of 1 to 2 degrees, adversely affect the enjoyment of human rights to life, health and food, among others. Even at current warming levels, many vulnerable communities around the world are already seeing adverse effects on their human rights, from melting permafrost to more destructive storms. To fulfill their obligations to protect human rights, States should do everything they can to keep warming to a minimum.”

The Special Procedures report on human rights and climate change is under active consideration by the formal 2 degrees goal review process since June this year. The UNFCCC 2013-2015 Review of the existing temperature goal of 2 degrees is scheduled to hold a final session today at the Paris talks and refer its 3-years of work for consideration by the Conference of Parties. The call to strengthen the current temperature goal was central to the Manila-Paris Declaration the Forum released on 30 November 2015 at the Forum’s third ever High-Level Meeting in Paris.

The Climate Vulnerable Forum (CVF) was accorded the accolade of the “Ray of the Day” bestowed by international civil society community on 01 December following the Forum’s adoption of the Manila-Paris Declaration at the Paris climate conference this week. Secretary Emmanuel de Gauzman of the Philippine presidency of the Forum said: “We are overwhelmed by the honour of ’the Ray of the Day’ awarded to the CVF by the international NGO community.

It demonstrates that large numbers of countries can share a single vision with wide-ranging stakeholders and the broader public. We wish to thank the Climate Action Network (CAN) International for their recognition of the efforts of this Forum to act as a driving force in the international community for a resolution to a crisis that has already put billions of people at danger. You have earned the gratitude of the world’s vulnerable for elevating our call to action.”