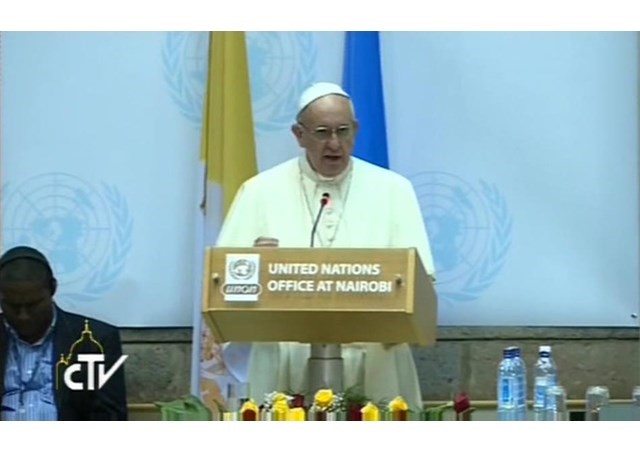 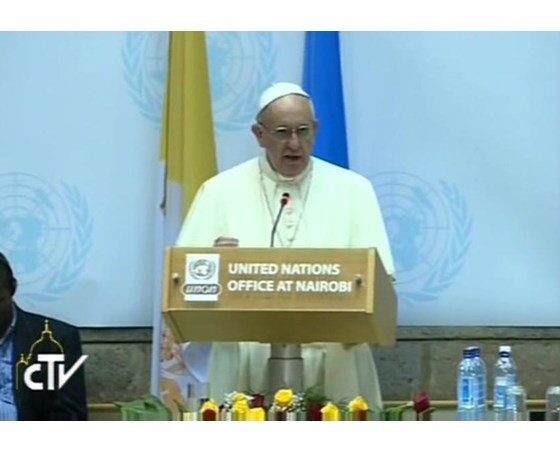 COP21: Pope Says Failure In Paris Would Be ‘Catastrophic’

On Thursday afternoon Pope Francis  spoke about the importance of safeguarding the environment and ensuring a just distribution of the earth’s wealth as he addressed directors and staff of the United Nations Offices in the Kenyan capital, Nairobi.

On his way to the meeting, the Pope symbolically planted a tree, which he described as “an invitation to continue the battle against phenomena like deforestation and desertification” in order to safeguard the future of humanity. He also highlighted the importance of the upcoming international conference in Paris on climate change which he said is “one of the principal challenges facing humanity in our day”.

“In a few days an important meeting on climate change will be held in Paris, where the international community as such will once again confront these issues.  It would be sad, and I dare say even catastrophic, were particular interests to prevail over the common good and lead to manipulating information in order to protect their own plans and projects.”