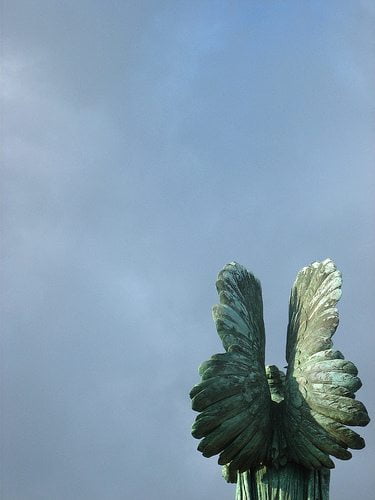 Today, we stand on the shoulders of enlightenment thinkers who argued for reason over blind faith and ancient tradition. They argued for the scientific method and scepticism over dogma. They fought for liberty under the law rather than tyranny, democracy over absolutism, capitalism over mercantilism and corrupt royal monopolies.

The age’s explosion in free thinking and literature explored philosophical, economic, political and scientific arguments from every possible angle and liberated the west from the legacy of inflexible traditions, ancien régimes and planted the seeds of the Industrial Revolution.

The philosopher Immanuel Kant eloquently described the enlightenment as the “freedom to use one’s own intelligence”.

The emancipation and enfranchisement of slaves, women and the poor all came from this thinking.

Sadly, a form of anti-enlightenment has entered the public discourse about economics. Capitalism has assumed a quasi-religious status for some, where the maximisation of profit and growth at any cost is the highest mission for investors. All other systems and approaches are to be sneered at.

The dogma is powerful. It infects politicians, corporations, financial institutions, intermediaries and the supposedly neutral media. The only role of government is to facilitate the endless pursuit of profit and growth.

Research and evidence is no longer required to preserve the free market faith. Private sector: good and efficient; public sector: bad and inefficient. Unfettered markets: ideal; state intervention: repugnant and irredeemable. These assertions do not stand up to research, but evidence is not required by those with faith.

Blind faith and adherence to Smith, Friedman and Hayek is the new economic dogma. Free thinking is heresy.

These intellectual minnows bastardise the work of enlightenment thinkers using a pick-and-mix approach to support their own prejudice and interests, regardless of the underlying complexity and nuance of the original philosophy or treatise they often cite.

They demand blind faith but not to everything the original thinkers wrote.

What is often ignored is Adam Smith’s argument about the principles of taxation (wealth, property and luxury goods, not income, never income) and the role of moral sentiments in the acceptability of capitalist activity. Out-sourcing production offshore is a no-no to Smith.

Meanwhile Friedrich Hayek’s eloquent exploration of the total failure of the free market to deal with externalities such as pollution, deforestation or health and safety is brushed aside as inconvenient by his modern disciples.

The high priests of capitalism now label as socialism or Marxism the very things their philosopher forbears argued were fundamental to the legitimacy and functioning of the system they espouse. Environmentalism equals socialism. State intervention in failing markets equates to Marxism.

Most enlightenment thinkers were theists and had a deep moral or religious ethic. Their genuine belief in God and an ethical framework led them to assume that humanity’s animal instincts could be curtailed. Margaret Thatcher’s own religious convictions led her to the mistaken belief that those with the most wealth and power would use it for good. The market could be freed up, because people were essentially good and moral beings.

The last 30 years have shown this to be anything but the case. Profiteering at society or the environment’s expense is de rigeur for the cheerleaders of modern capitalism.

Wealth and power have concentrated to the worst excesses of the Roman Empire. This wealth and power is then (ab)used to protect and shore up itself. The richest 300 people in the world have more wealth than the poorest 3 billion.

The law protects only those who can afford it. Crash the global economy and get a knighthood; steal a bottle of water and go to mil for six months.

Plutocracy has triumphed over democracy, economics is replaced by plutonomics. Crony capitalism and too-big-to-fail corporate monopolies and cartels fetter and distort the market more than any individual state could.

Private sector failure leads to unprecedented state bailouts and a redistribution of wealth from the poorest to the rich in a reverse Robin Hood move. Massive and systemic private sector failure is then used to further shrink the public sector, under the badge of austerity.

We need a financial enlightenment.

We need functional, highly competitive capitalism. We also need the people to own natural monopolies as mutuals, co-operatives or through the state. The private sector can obviously be involved as it brings certain skills but its license to operate in these areas is subject to the democratic will of the people, their free scrutiny and oversight. Utilities and rail operators have lost this license to operate.

But what democracy needs to work is an educated, demanding electorate: President Eisenhower’s “alert and knowledgeable citizenry”.

The narrow selection of backgrounds and perspectives in governments, Parliament, Congress and national assemblies around the world leads an ever growing mass of voters to choose none of the above. This is incredibly dangerous as parties are hijacked by their more extreme wings and extremist, single issue parties aim to plug the gap.

We need the rule of law to vigorously protect the environment, society and the free market against those with the most wealth and power, be they individuals or corporations. Those who harm the planet, people and prosperity should be rigorously pursued and prosecuted. You should lose your liberty if you make a profit from someone else’s death. In every other walk of life, except investment, this is called murder.

At the heart of the problem and solution is investment. Investment, more than any other human activity, shapes the world we live in, the societies to which we belong and the environment upon which we depend. All of the problems in the world stem from investment and its unenlightened, unsustainable, irresponsible and unethical framework and tendencies.

Investment that makes a positive environmental and social impact can be an incredible force for good. The functioning capitalism it invests in can lift vast swathes of the global population out of poverty. Sustainable investment in functional capitalism is the best system we have. The people owning natural monopolies is a healthy part of the economic mix.

For those who use their own intelligence, rather than adhere blindly to an economic dogma, this seems a reasonable approach: to take the best of investment and capitalism and blend it with the best of ownership by the people.

That would yield a financial enlightenment.