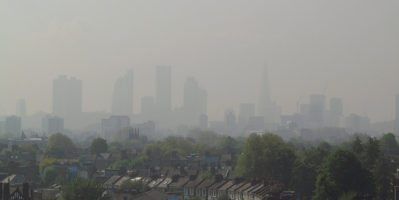 The UK government based its projections are based on delusional data and now its predicted compliance date for clean air laws could be years off the actual date.

ClientEarth has challenged the UK government to come clean on whether it has rerun its projections for air pollution in light of its own findings that the newest diesel cars are pumping out on average six times more dangerous pollutants when tested on the road rather than in the lab.

On the day ClientEarth submitted its response to the government’s legal arguments for its upcoming court case on illegal air pollution across the UK, the environmental law organisation also sent an Environmental Information Request to Defra, asking it to come clean over the methods used to calculate how long people in the UK would have to breathe illegal levels of fumes.

The government predicts most areas of the country will be compliant with legal air pollution limits by 2020 (2025 in London) but it is unclear whether they have factored in the woeful emissions performance of most diesel cars, laid bare in tests by the DfT this year. Diesel cars are a key contributor to illegal levels of nitrogen dioxide (NO2) in towns and cities across the country.

ClientEarth lawyer, Alan Andrews, said: “The latest evidence confirms what we knew all along – the newest diesel cars are emitting on average six times the legal limit when driving on Britain’s roads.

This leaves Defra’s plan for tackling air quality in tatters.

“We think that far more towns and cities will still be breaching air pollution limits in 2020 than the six in the Government’s rose-tinted projections. This is ten years after the deadline. Every year that goes by, thousands more people will needlessly suffer sickness and early death from breathing illegal and harmful levels of air pollution.

“That’s why we have submitted an information request to see if the Government have had a reality check and rerun their projections. If they have, this will show the need for a much more ambitious and comprehensive plan to tackle air pollution across the country, not just in a handful of cities.

“We want the new Government to immediately commit to introducing a national network of “clean air zones” which phase out the use of diesel in our most polluted towns and cities. This needs to be backed by a range of measures to make sure the government and industry support the phase out financially and the ordinary motorist isn’t left with a huge bill.”

ClientEarth won its case for clean air against the government in April last year when the Supreme Court ordered ministers to come up with plans to bring air pollution to within legal limits as soon as possible.

The government’s plans, released in December 2015, were completely inadequate and so ClientEarth is taking Defra back to court on 18 and 19 October this year. ClientEarth has launched an appeal to help fund the case.

ClientEarth is also launching a series of clean air cases across Europe in the autumn. In a recent clean air case in Germany, a Munich court warned the authorities that drastic measures were needed to tackle illegal air pollution. This would include measures like restricting access for diesel vehicles to town and city centres.