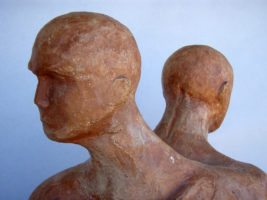 Divorce rates have risen steadily over the past few years. According to research from Avvo, someone gets divorced every 13 seconds in the world.

Though often a necessary solution, divorce can have a troubling impact on families, and that translates to damage to the environment, surprisingly. The findings link higher carbon use per household directly to the effects of undergoing a divorce.

Understanding the cause and effects could be integral to shifting the negative trend of these numbers.

Results of the Analysis

Researchers at Michigan State University performed an extensive analysis on a variety of randomly selected, cohabiting couples and families around the world to test their use of resources and general efficiency in the home.

When all the data was collected, it was found that American households that had experienced divorce used between 42 and 61 percent more resources per person than before the separation. This amounted to 46 percent more per person for electricity and 56 percent more for water.

The researchers published a paper on their findings in the Proceedings of the National Academy of Sciences. The article offered an analysis of what it would be like if these couples had stayed together.

The result would have been a savings of 73 billion kilowatt-hours of electricity and 627 billion gallons of water for a single year across the entire U.S.

The Cause of Inefficiency

Though it might not make immediate, intuitive sense, when more people live in a household, they tend to use their resources more efficiently. Thus, people who remain married share their resources and use them more wisely.

Individuals who go through a particularly messy divorce tend to use more resources than those who have an easy time of it. Divorced families also tend to use more rooms per person than the average married family.

When more rooms are used per person, more lights are likely to be left on, showers will last longer, and heat and air conditioning will be less evenly dispersed throughout the house.

This information puts a special emphasis on seeking to be more environmentally friendly within households rather than on a commercial spectrum. “Hopefully this will inform people about the environmental impact of divorce,” Jianguo Liu, an ecologist at MSU and a lead researcher over the study, told the Washington Post.

“For a long time we’ve blamed industries for environmental problems. One thing we’ve ignored is the household.”

What Can Be Done?

The findings put a new emphasis on households to make changes, rather than industries. This makes it difficult for the government to have a role in the process. However, some tax incentive policies have been made available to families to encourage them to conserve their resources.

In addition, energy efficiency in appliances has been booming since the study was published. More and more homes seek to get the Energy Star rating on all their appliances. Consumers who take advantage of this show increased savings in their everyday household energy use.

Spreading the word is also valuable. Consumers must take charge of their own energy consumption in order to make a real difference.

“There’s strong evidence, which emerges clearly in this paper, that merging what otherwise would be separate households will reduce energy and other resource needs,” says Ralph Cavanagh, a lawyer at the advocacy group Natural Resources Defense Council, a major participant in the study. “The best advice to those who are miserable together is not, however, to avoid divorce for the sake of the environment, but to find someone else as quickly as possible.”

Lester Brown, president of the D.C.-based Earth Policy Institute, also encourages people to be more careful in their marriages in order to reduce the impact on the environment and their personal lives. “[The study] would suggest we should be a little more careful when one’s marrying to make sure the marriage is going to last, but that would be counter to the trend we’ve seen in recent decades, at least in this country,” he said.