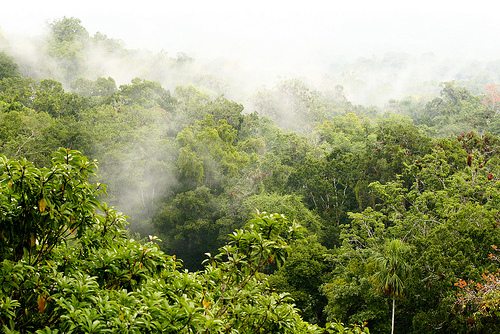 A new study has warned that drug cartels are clearing forests to facilitate their smuggling activities, and causing “narcodeforestation” in Honduras, Guatemala and Nicaragua.

According to the report, remote areas of Central America have become strategic as drug trade to the US suffered from crackdown in Mexico.

This has led smugglers to open up new land and air corridors in the forests, corrupting rangers and farmers and causing ecological devastation.

Lead author Dr Kendra McSweeney from Ohio State University said, “A baseline deforestation rate in this region was 20 sq km per year. Under the narco-effect, we see over 60 sq km per year.

“In some parts of Guatemala, the rates are even higher. We’re talking up to 10% deforestation rates, which is just staggering.”

According to the study, Central America is a “a key zone of drug transit that is being ripped apart by narco-fueled violence and corruption”, where a correlation can be observed between the rise of cocaine profits and increased deforestation.

The study says environmentalists and indigenous people have been threatened during protection efforts. It adds that clearing forests is an easy way to launder money coming from the drug trade.

Authors also argud that prohibitionism through the so-called “wars on drug” only results in the smuggling operations relocating elsewhere, often in more secluded places.

McSweeney said, “Once you start fighting them, you scatter them into more remote locales and greater areas become impacted, more people get involved and you raise their profits as they put a risk premium on their products.”

She said the US military should intensify work in these regions, adding, “Drug policies are also conservation policies, whether we realise it or not.”