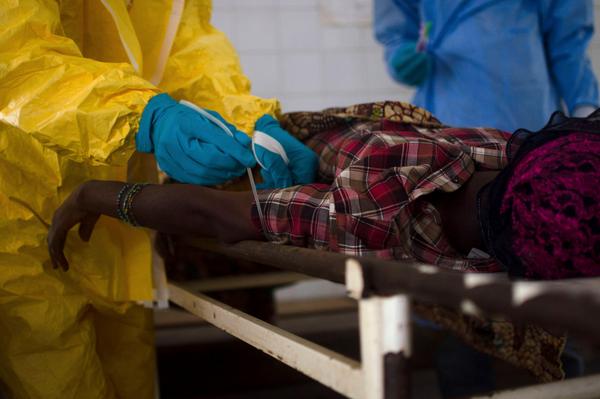 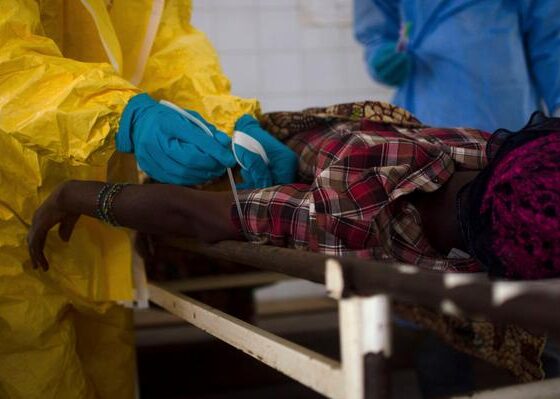 Ebola: from ‘West African outbreak’ to ‘international epidemic’ – what the papers are saying

The Ebola outbreak in West Africa has been occupying headlines across the media spectrum, with some pandering to fears of a global epidemic and others concentrating on the victims, which has now claimed the lives of over 900 people. Here’s how the papers have been reporting on the subject.

FT then expand upon the announcement, highlighting that “The World Health Organisation has declared the largest Ebola outbreak on record an international emergency but did not recommend a general ban on travel to or trade with affected countries.”

A similar line is followed by the BBC, with the headline “WHO: Ebola ‘an international emergency.’” As reports highlight that the virus is continuing to spread across West Africa, WHO, according to the BBC, has stated that, “a coordinated international response was essential to stop and reverse the spread of the virus.”

The spread of Ebola over the recent months has been declared the worst on record, which is confirmed by WHO statistics. In a media statement, WHO released facts and figures explaining the disease’s impact and history.

According to WHO, outbreaks of Ebola have a case fatality rate of up to 90%, occurring primarily in remote villages in Central and West Africa, near tropical rainforests.

The health organisation also states that there is currently “No licensed specific treatment or vaccine available for use in people or animals.”

This is challenged by the Guardian, who report on an experimental vaccine used to treat infected Americans who were volunteering in West Africa to help with the aid effort. The Guardian states, “Ebola patients in west Africa to be denied experimental drugs used in US.”

The story follows the successful treating of two aid workers, who were rushed back to the US after contracting the disease. Nigerian health officials have said that the experimental drug is in short supply, “and that West Africa would have to wait for months for supplies, even if they were proved safe and effective.”

The return of infected citizens to US soil has sparked some controversial fear mongering, as reported by Science Based Medicine. A piece this week, “Ebola outbreaks: Science versus fear mongering and quackery”, discusses the lack of critical enquiry into the outbreak by the disease.

The piece refers to headlines like “Infected Ebola patient being flown to Atlanta: Are health authorities risking a U.S. outbreak?” by NaturalNews.com as well as tweets from famous figures like Donald J Trump, tweeting “Stop the EBOLA patients from entering the U.S. Treat them, at the highest level, over there. THE UNITED STATES HAS ENOUGH PROBLEMS!”

Another western victim of the outbreak is reported by the Wall Street Journal (WSJ) whose headline states, “Spanish Priest With Ebola Virus in ‘Stable Condition’”. The priest’s current condition is considered stable, report WSJ, again, like many other western papers, concentrating on singular victims returning to native countries.

With the outbreak of Ebola, has come numerous studies on how to deal with international epidemics, as well as the resurfacing of older papers like those done on Cholera, during the infamous outbreak of 1854, in London. This is highlighted by National Geographic (NG), as the primary fear in this instance is the virus spreading into densely populated areas like Guinea’s capital city of Conakry.

National Geographic reported in “Geography in the News: Ebola Terror” that “Dangerous viral hemorrhagic diseases, particularly including the deadly Ebola, are emerging as threats to humans around the world.”

The piece also states that, “Viral hemorrhagic fevers are perhaps the most feared and least understood of the emerging infectious diseases.”

Although these diseases have long been feared, especially in densely populated and poor areas, where poor sanitation can easily spread viral diseases, as reported by Dr Jon Snow during his cholera trials in London. NG do raise an interesting point regarding the West African outbreak, “How can Ebola be contained after it arrives in densely populated urban areas, particularly in poor countries?”

A similar question is posed by the BBC, with the headline “’Unpredictable pandemics’ warning”, which relates to health officials in Taiwan warning of “viruses making the leap from animals to people.”

The piece reflects on the bird flu scare and other forms of influenza pandemic scares, which tend to be at their most contagious in densely populated urban areas.  Prof Wendy Barclay, from Imperial College London,  in the BBC report, commented on the findings and added that new technology has actually raised the awareness of this issue to the highest it has ever been, stating, “Is this a truly new thing or are we now just better at seeing it?”