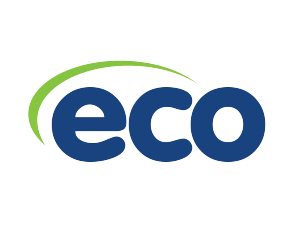 How Eco-Friendly Payments are Being Revolutionised

As we move further into the 21st century more and more people are paying attention to the impact they have on the world around them. Retail is one of those areas where there is a surprising amount of wastage, and while recycling is a step in the right direction, more can be done to cut down on the amount which is simply thrown away and buried or burned at the end of the day. Eco-friendly payments are one of the areas in which the industry is being pulled into the 21st century, and even then, these payments are undergoing a revolution.

By and large, eco-friendly payments are payments which are made online which don’t leave a physical paper trail. Of course, the payments are all tracked electronically and there are statements and receipts you can view online – the difference is that at the end of each purchase you aren’t handed a small slip of paper and you aren’t posted a quarterly statement of everything you have bought using this payment method.

Eco-friendly electronic payments have been around for a while in the form of PayPal. What started out as something primarily used for eBay purchases has branched out to cover different stores across the web. As PayPal’s success grew in this area competition began to spring up, offering similar services in a range of different areas. According to TopPOSsystem.com, some of these were for POS transactions, others were for sending money between people in same way that PayPal historically has offered. Either way, it became apparent that a payment system which worked as a paperless electronic wallet had a huge range of benefits for people buying things online. Not only did these eco-friendly payments simplify your bank statements at the end of the month, they offered an additional layer of protection on your personal details. As funds were taken from a virtual wallet rather than a bank account, eco-friendly payment platforms like ecoPayz offered a level of protection that using your MasterCard or Visa simply cannot offer.

The biggest and most high-profile revolution in this field is of course the bitcoin. While it isn’t technically the first digital cryptocurrency, it is regularly attributed as being so. Despite its high profile status as being a decentralised virtual currency which is entirely untraceable, the bitcoin still hasn’t quite taken off as a universal payment system. It seems that for the time being at least, virtual eco-friendly wallets are the best payment method in the industry. They keep things simple, they keep your bank details secure and they save the environment one receipt and bank statement at a time.