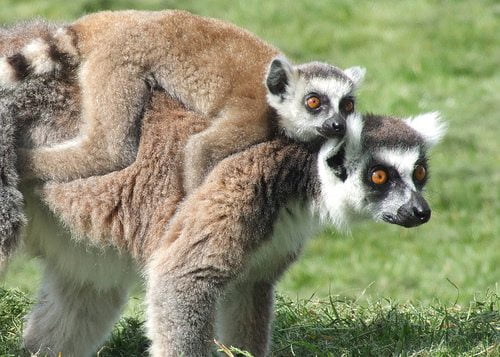 Scientists have tabled a £4.6m plan that combines conservation work with responsible tourism in an effort to protect lemurs in Madagascar – a species among the most threatened on the planet.

Lemurs are common in Madagascar but are on the brink of extinction due to deforestation, illegal logging, hunting and the exotic pet trade.

According to the International Union for the Conservation of Nature (IUCN), more than 90% of the 103 lemur species are endangered, 20 of which at the most critic level. This makes them the most threatened mammals in the world.

But in a new study, a group of scientists has suggested that a plan to protect lemurs should involve local communities and responsible tourism.

In Madagascar, 70% of people live in poverty, making the funding of conservation projects difficult. However, the country is a hotspot for tourists from all over the world for its natural beauty.

“There’s always a trade-off between the destruction caused by too many tourists and the money they bring to the country that can be used for wildlife conservation”, lead author Dr Christoph Schwitzer told the BBC’s Science in Action programme.

However, scientists believe that promoting ecotourism could help protect lemurs and involve locals in wildlife management at the same time. This is similar to what has been done elsewhere in Africa with endangered mountain gorillas.

“This balance for Madagascar is still very positive for conservation and it’s a long way until it may tip over”, added Schwitzer.

“Obviously these people spend money in local communities and contribute to the upkeep, maintenance and management of protected areas.”