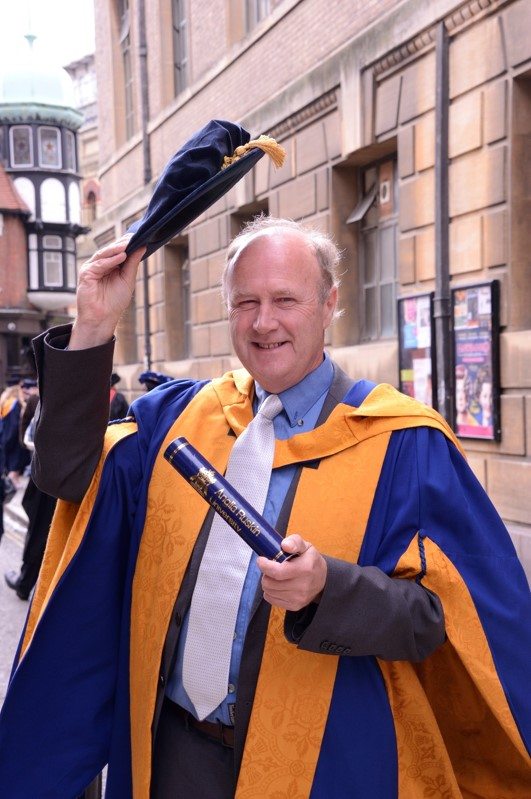 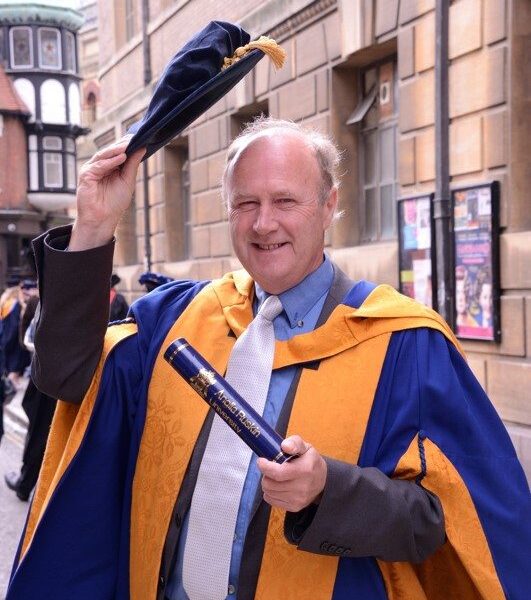 Co-founder of the Eden Project, author and entrepreneur Sir Tim Smit KBE was given the award of Doctor of Science by Anglia Ruskin University Vice Chancellor, Professor Michael Thorne, during a graduation ceremony at the Corn Exchange, Cambridge, today.

Sir Tim moved to the UK from the Netherlands as a young child. For ten years, he worked as a song-writer and producer in rock and pop, winning seven gold and platinum discs along the way. In 1987 Sir Tim moved with his family to Cornwall, and it was here that, during a failed attempt to purchase some land to raise pigs, he learned of an opportunity to acquire an alternative site – one that turned out to harbour the Lost Gardens of Heligan, the dilapidated estate of the Tremayne family. Together with partners John Nelson and Rob Poole, Sir Tim launched a project to restore the once magnificent estate to its former glory.

In 1995, Sir Tim began to dream of an even more ambitious project – to convert a redundant clay pit into a collection of biomes, enormous spheres constructed to house plants from diverse environments across the globe. Over the next seven years, Sir Tim worked with countless partners to design and build The Eden Project, which today is a global brand that surprises and inspires visitors from around the world.

Over the past 15 years, Sir Tim has received an array of awards and honours, including the Royal Society of Arts Albert Medal. In 2002 he was awarded an honorary CBE; in 2007 he was voted ‘Great Briton of the Year’ in the Environment category of the Morgan Stanley Great Britons Awards; and in 2011 he was appointed Knight Commander of the Most Excellent Order of the British Empire.

Professor Thorne said: “Anglia Ruskin has enjoyed a close relationship with Sir Tim and the Eden Project for some years. Eden is a partner on our Sustainability MSc programme, and Sir Tim has devoted significant time to present to our students during their residential trips to Cornwall.

“As a remarkable business leader and an inspirational campaigner for a brighter future, we are delighted to welcome Sir Tim Smit to our Anglia Ruskin community.”