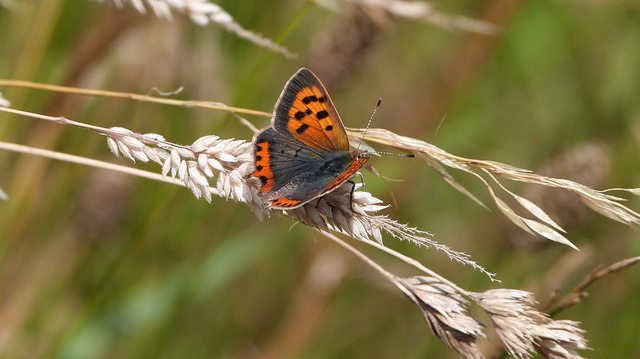 England’s wildlife-rich grasslands are in a state of “catastrophic decline” and the government must do more to protect them, conservationists have said.

The Wildlife Trusts have collected data from around the country that they say reveal devastating losses of the valuable habitats – that vary from meadows to roadside verges.

They explain that wildlife-rich grasslands help make soils secure, managing water, preventing flooding and storing carbon. They are also essential to the survival of bees and other pollinators, and support species ranging from orchids to butterflies and snipe to barn owls.

“The pressures are enormous, from development and changes in agricultural practices, to neglect.”

In many areas, the grasslands have been lost altogether, or have been lost to the extent they no longer meet the criteria to be selected as Local Wildlife Sites.

In Worcestershire, 24% of the 200 areas of grassland that were registered Local Wildlife Sites have been lost or degraded since 2005, the study found.

Paul Wilkinson, the Wildlife Trusts’ head of living landscape, added, “Now more than ever the pressure is increasing on land use.

The government is pushing for growth, there is increased need for housing and pressure around food production is intensifying farming. There are 200 new road schemes on the cards and the HS2 rail link.”

Responding to their findings, the trusts are urging ministers to realise the value of the threatened grasslands.

The government is currently reviewing its Common Agricultural Policy, and the trusts argue that this presents an opportunity to give greater protection to the sites.

They are asking the government to take a number of measures, including linking the subsidies given to farmers to their efforts to preserve grassland.

They are also asking for a national inventory of grassland to be formed to make it easier to monitor its depletion.

“If we don’t act fast we’ll lose the natural heritage that has inspired writers and artists through generations – from Shakespeare to Hockney,” Trotter adds.

“If we don’t act now we’ll lose an important natural resource that benefits farming, wildlife and people. The shocking examples of our best sites in decline should be a wake-up call for government to start working now with farmers, local authorities and nature organisations to halt the loss.”