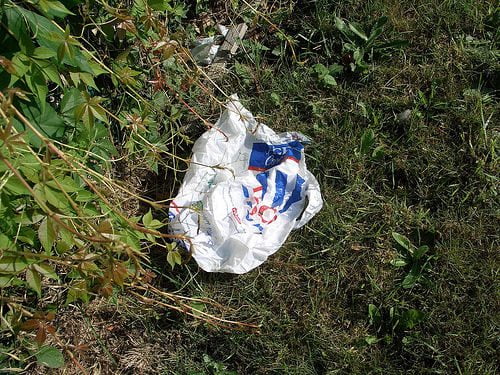 English Plastic Bag Tax Welcomed, But Should Be Extended To Small Retailers, Says Friends Of The Earth

The 5p plastic bag tax, which is being introduced in England today, will significantly reduce the billions of one-use bags handed out in England every year, but should be extended to smaller stores, says Friends of the Earth.

Small and medium-­sized enterprises (SMEs) – retailers employing fewer than 250 staff – are exempt from the English plastic bag charge. Last week a poll, published by the Break the Bag Habit coalition, found that the majority of respondents (51%) were in support of a charge that applied to all retailers.

Welcoming the charge, Friends of the Earth’s senior resources campaigner, David Powell, said:  “This charge will significantly reduce the billions of one-use plastic bags handed out in the UK each year – but it should apply to smaller shops too.

“More than half of people living in England, and the Association of Convenience Stores are supportive of extending the scheme to all retailers. And in Wales, 90% of businesses, both large and small, said that a 5p charge hasn’t impacted on their trade.  A plastic bag charge is a step in the right direction – but Ministers must do far more to tackle the UK’s huge waste mountain.”