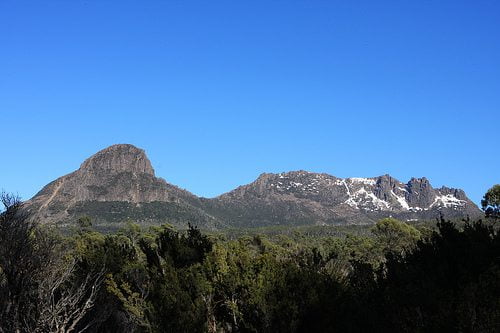 The Unesco world heritage committee is about to rule on a proposal to have 74,000 hectares of Tasmanian forest delisted in order to open it up to the timber industry. It is also debating whether or not to list the Great Barrier Reef as highly endangered because of pollution.

If the forests were delisted, Australia would be the first developed country to have the protected status of a natural environment reversed on economic grounds.

The government has claimed that the area subjected to logging is already degraded, but thousands of residents and the Green party have opposed the move.

“With ancient trees up to 100 metres tall, these forests are the southern hemisphere’s equivalent of the Californian redwoods.

“Logging world heritage forests is as reckless as destroying any other world heritage site, like using the Grand Canyon as a garbage dump, knocking down the Sydney Opera House for harbourside apartments or selling the Eiffel Tower for scrap.”

However, Australian prime minister Abbott said earlier this year that the country had “quite enough national parks and quite enough locked-up forests already”.

Unesco will also consider whether to list another Australian landmark, the Great Barrier Reef, as endangered. The UN body previously expressed concern over the dredging and dumping of millions of tonnes of sludge from new coal export terminals in Queensland.

Nevertheless, the government has argued that levels of pollution have dropped thanks to better agricultural practices. Meanwhile, plans to expand a coal port on Australia’s north-east coast, that would affect the reef, have seen finance refused by Deutsche Bank.