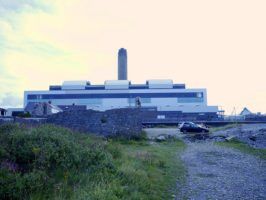 The Welsh coal power plant, Aberthaw, has breached pollution laws for severn years according to the European Course of Justice this morning.

Aberthaw has the third highest NOx emissions of all EU power plants and is to blame for 3% of the UK’s entire NOx emissions.

The plant will now have to take measures to reduce its emissions. But the UK government’s insistence right up until the ruling that Aberthaw was operating within legal limits raises questions about the damage every other coal plant in the UK might be doing.

Director of Programmes at environmental lawyers ClientEarth, Karla Hill, said: “The decision is a welcome one, and it comes after years of non-compliance by the UK government. The fact that Aberthaw was emitting twice the EU-approved amount of NOx gases is disgraceful – and it causes real concern that many other coal plants could be getting away with exceeding emissions limits.

“Laws are in place to protect people and the environment from the hugely harmful impacts of burning coal. They must be enforced by governments. The ultimate sanction in this case would be daily fines until the power plant complies.

“Coal is not the future and this is yet another example of that. The UK has committed to phase out coal by 2025 and has just announced it is about to ratify the Paris Agreement. We are watching closely to see whether governmental actions match up to its publicly broadcasted ambitions – and whether it is ready to make good on its commitment to end UK coal use.”