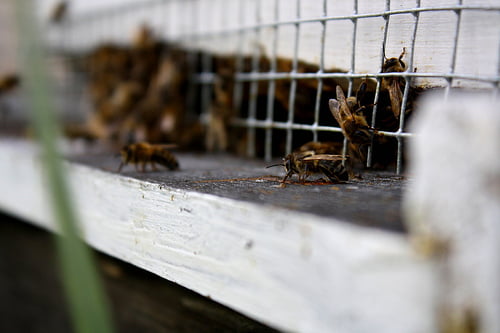 The European Commission has urged EU countries to ban the use of the neonicotinoid insecticides that are said to have driven a decline in the bee population.

This follows a European Food Agency report that said a number of streams of the chemical “[affect] the central nervous system of insects, causing paralysis and death”.

Reuters reported that health spokesman Frederic Vincent said, “We are requesting [that] member states suspend for two years the use of this pesticide on seeds, granulates and sprays for crops which attract bees.”

He added that the European Commission hoped the ruling could by implemented by July.

The news has been welcomed by environmental group Friends of the Earth, which earlier this week delivered 64,000 signatures to Downing Street calling for David Cameron to take swift action on the bee decline by banning the substances in question.

“This hugely significant EU proposal promises a first, important step on the road to turning around the decline on our bees. The UK government must throw its weight behind it”, said head of campaigns Andrew Pendleton.

“The evidence linking neonicotinoid chemicals to declining bee populations is growing. We can’t afford to ignore the threat they pose to these crucial pollinators.

“It is time to put farmers and nature before pesticide company profits. Ministers must act quickly to support safe and effective alternatives to chemical insecticides – and bring these forward as part of a national bee action plan.”

Yesterday, Homebase became the third major hardware retailer to phase out the sale of the neonicotinoid insecticides, following the lead of B&Q and Wickes.

Over two million people have signed a petition on campaigning website Avaaz.org that calls for an EU-wide ban of the chemicals.