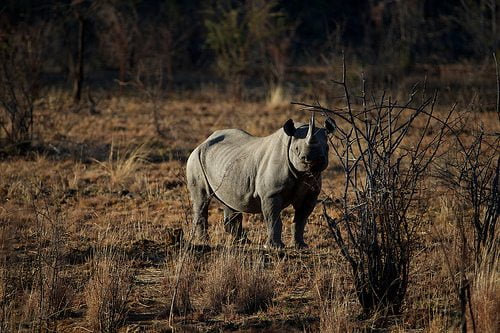 The extinction rate of species around the world is now 1,000 times higher than it was before humans arrived on the scene, a new study has found.

The shocking report, published in the journal Conservation Biology, estimates the pre-human extinction to be 10 times lower than scientists previously thought, making mankind’s devastating impact all the more pronounced.

“This new study comes up with a better estimate of the normal background rate – how fast species would go extinct were it not for human actions. It’s lower than we thought, meaning that the current extinction crisis is much worse by comparison.”

The paper calculates that the “normal” background extinction rate would see 0.1 species in every million die out every year.

Though it is incredibly difficult to be certain, the researchers admit, the current annual rate is closer to 100 extinctions per million species.

“This reinforces the urgency to conserve what is left and to try to reduce our impacts,” said study lead author Jurriaan de Vos, of Brown University.

“It was very, very different before humans entered the scene.”

de Vos and his colleagues arrived at the new figure by analysing DNA to study the evolutionary family trees of many species of plants and animals.

“The diversification rate is the speciation rate minus the extinction rate,” explained study co-author Lucas Joppa.

“The total number of species on earth has not been declining in recent geological history. It is either constant or increasing.

“Therefore, the average rate at which groups grew in their numbers of species must have been similar to or higher than the rate at which other groups lost species through extinction.”

The authors also add that there is little doubt that mankind is responsible for the massive increase in the extinction rate. By destroying habitats, driving climate change and pollution and hunting species around the world, humans have pushed many animals over the edge.

Last week, Pulitzer Prize winner and Harvard scientist E.O. Wilson suggested that half of the planet should be dedicated to the world’s animals, with humans restricted to the other half. This, he said, is the only way to avoid mass extinction.