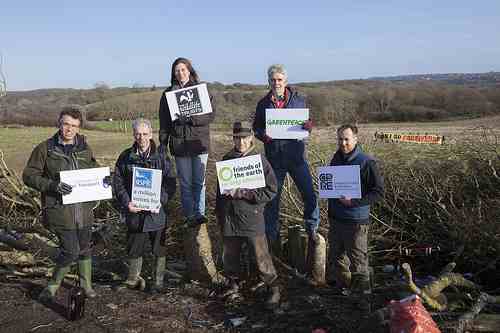 Around 4.5 million people in Britain are members or supporters of environmental groups, a new report has revealed. It adds that the majority of charitable funds in the area are directed at local or regional campaigns.

The Environmental Funders Network (EFN), which brings together 150 trusts, foundations and individual donors, has collected data from 139 green groups in relation to their structure, use of funds, campaigning and membership.

The combined income of the groups is around £984.9m, with the majority of members concentrated in a small number of organisations.

Biodiversity and conservation is the focus of most NGOs in the space, with nearly 45% of funds going to projects related to this area. Less than 15% of expenditure is directed to climate change and energy campaigns. However, the groups surveyed said that they would be looking to work more on trade and finance if greater funds become available over the next three years.

The government and the European Union account for 20% of the total funds. Individual members account for 34.8% of the organisations’ income, while donations from foundations or charities contributed another 10%.

The majority of funds are spent on a local or national level, with only a tiny proportion directed to European projects.

Greenpeace was found to be the NGO achieving the most when compared to its resources, followed by Friends of the Earth, the RSPB and WWF.

Ben Goldsmith, a partner at WHEB who was instrumental in setting up the EFN, told Blue & Green Tomorrow, “This new report from the Environmental Funders Network is full of useful insights for donors who support the environmental sector, whether they come from philanthropic, corporate or government backgrounds. It provides a valuable new perspective on the work of the NGO sector.”