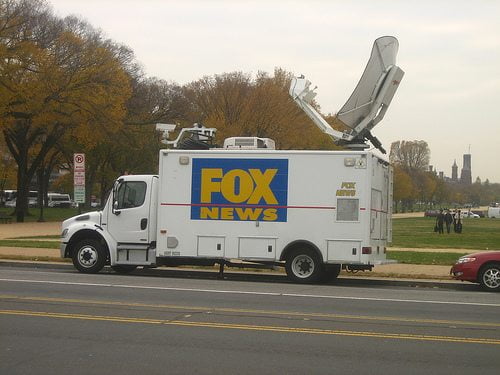 Fox News has been named as one of the driving forces behind climate change denial among the US public.

It suggests that the conservative media does this through methods such as presenting scientists as biased, accusing them of manipulating data or characterising climate science as a religion.

The study references statistics that show the percentage of Americans that trust climate scientists at least a small amount has fallen from 83% in 2008 to 74% in 2010.

Meanwhile, it suggests that the more Americans consume non-conservative media, such as ABC or the New York Times, the more they are certain that global warming is happening.

The researchers conclude that mainstream and liberal-leaning media coverage plays an important role in countering the effects of the climate denial movement. They suggest that the non-conservative media should recognise this and do more to sustain the credibility of climate scientists.

However, a study published in July suggests that climate denial in Congress is losing favour with younger voters. The poll by the research firm Beneson Strategy Group, found that 27% of voters under the age of 35 believe that climate change is a natural event that humans can’t affect.

It also found that 80% of these young voters, across all political affiliations, support US president Barack Obama’s climate action plan.

When introducing his climate action plan, Obama said he would not entertain discussion about whether or not climate change is happening from his political counterparts, saying, “We don’t have time for a meeting of the flat Earth society.”