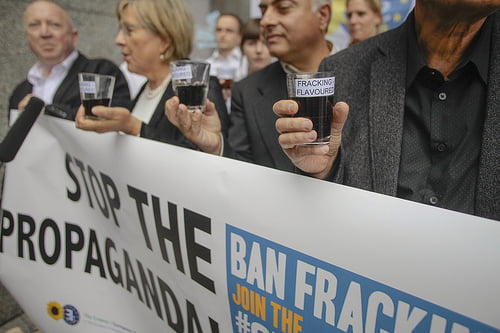 A study has revealed that fracking can cause earthquakes, but people can barely detect them. However, opinions remain divided, with some scientists noting that there are other more serious concerns with the gas extraction method.

The research, by Durham University, shows that although hydraulic fracturing, also known as fracking, does cause earth tremors due to the high pressure liquid that gets injected into the ground, these are “not significant”.

Professor Richard Davies from Durham Energy Institute said that compared to other human activities, fracking-related earthquakes are not more likely to happen.

“It is worth bearing in mind that other industrial-scale processes can trigger earthquakes including mining, filling reservoirs with water and the production of oil and gas”, he said.

“Even one of our cleanest forms of energy, geothermal, has some form in this respect.”

However, other studies have indeed highlighted that a link between the controversial activity of fracturing shale rocks and earthquakes does exist.

However, campaigners have said that the Durham University report pretends to ignore the other issues related to fracking.

“Everyone from Ofgem to BP agree UK shale gas won’t bring down bills, so fracking could end up being a lot of pain for very little gain.”

Meanwhile, Friends of the Earth Scotland campaigns co-ordinator Mary Church called the study “surprisingly blasé” about the risks posed by the minor earthquakes.

She added, “While a quake measuring 2 on the Richter scale might not be felt by most people, it can cause serious damage to the gas well and increases the risk of toxic chemicals and methane leaking into the atmosphere and water environment.”