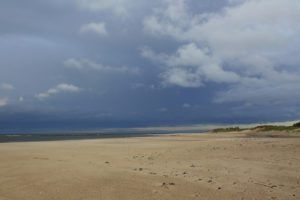 Friends of the Earth have today criticised the decision made today by Northumberland County Council to give allow permission for a large and highly controversial opencast coal mine in a Northumberland.

Over 10,000 people have objected to the planning application by Bank’s Mining for a surface mine next to Druridge Bay, 30 miles north of Newcastle.

The campaign against the opencast coal mine is being led by Save Druridge Bay. It is also opposed by numerous local and national organisations, as well as naturalist and broadcaster Bill Oddie, who attended a rally at the proposed site last month.

“This is a terrible decision for the local community and their environment.

“Druridge Bay is an incredibly special place. An opencast coalmine would damage its beauty, cause massive disruption and drive away tourists – all for the sake of a dying source of energy that’s wrecking our climate.

Friends of the Earth will stand shoulder-to-shoulder with the many thousands of local people who oppose this ill-conceived scheme.

“The council failed to allow objectors to the mine to speak for more than five minutes in total – despite over 10,000 objections being received. The Secretary of State should call it in to allow the evidence to be properly heard.”