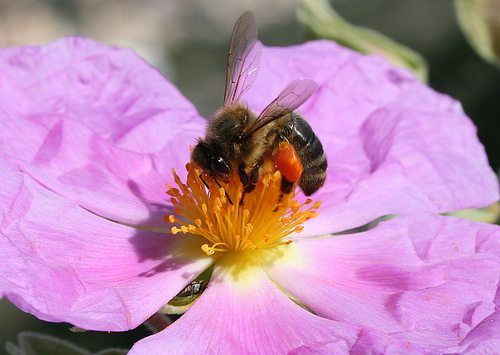 The Department for Environment, Food and Rural Affairs (Defra) has launched an “urgent review” and a national strategy to tackle the decline of honeybees and other pollinators. But campaigners have warned that it has to be ready before next spring.

Speaking at an event hosted by Friends of the Earth, environment minister Lord de Mauley said, “As we all recognise, pollinators play a vital role in the security of our food supply and the quality of our natural environment. In safeguarding their future, we can secure our own.”

He added, “This urgent review will form the basis of a national pollinator strategy, which will bring together all the pollinator-friendly initiatives already underway and provide an umbrella for new action.”

The announcement follows a call by charities, retailers and institutions – such as the Co-operative, B&Q, Waitrose and the Women’s Institute – for the government to launch a Bee Action Plan, in order to find solutions to the bee decline which has been linked to the widespread use of certain insecticides.

Friends of the Earth’s executive director Andy Atkins said, “We’re delighted that enormous pressure for a Bee Action Plan from scientists, businesses and the public has stung the government into action.

“We all agree prompt measures are needed to tackle all the threats bees and other pollinators face, but an urgent and comprehensive route map and timetable are needed to ensure this happens.

“The minister’s plan of action must be in place when bees emerge from hibernation next spring – we can’t afford to gamble any longer with our food, countryside and economy.”

Three pesticides from the neonicotinoid group will be banned in the EU from December, while another chemical, fipronil, has also been identified as harmful.

A number of garden centres, as well as supermarket chain Waitrose, have already announced measures to phase out or remove products that contain the pesticides in question from their shelves.

On Thursday, high street store Marks & Spencer joined other retailers in the call for a strong and effective plan to save the bees.