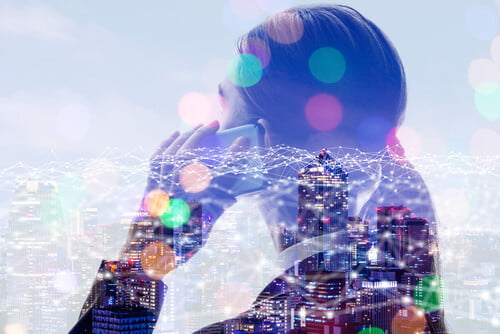 The telecom industry has historically been known for its large carbon footprint. This is changing in 2018, as they are under greater pressure than ever to deal with the rising threat of climate change and to offer greener telecom solutions.

Laxmi Gupta and Vivek Kumar Gupta, researchers with Bharti School of Telecom Technology and Management at IIT Delhi in India, recently published a white paper on some of the biggest changes in the telecom industry. They reported that 70% of all of the negative environmental impact in this industry is caused by poor selection of energy resources. Gupta and Gupta write that this is good news, because it means that there is a lot that can be done to make the industry more efficient and reverse the negative impact it has had on climate change. But how can the telecom industry help fight climate change? It all begins by choosing the right technology.

How the Communications Sector is Going Green

Recent trends in science and technology have made it easier for communication companies to expand their area of operations from the real world into the virtual space. This growth in the communication sector has led to a steady rise in the number of applications that individuals and corporations have at their disposal for both local and international use.

This has led to a growing need for newer and greener technology. According to one of my colleagues, an expert in the environmental links between telecom technology and climate change, NobelApp is one of the best new tools on the market for fighting the growing threat to the environment. Among applications that have been noted to offer an array of services that can be beneficial to persons interested in communicating with other people in different parts of the world.

However, most people wouldn’t buy it just because it is good for the environment. In order for greener communications tools to take off, they must also offer better service. Some of the benefits of using green applications like the NobelApp to communicate include:

Most companies that develop and retail applications that can be used to make international calls have been recognized among those that support environmental conservancy. Advertisements run on most of the applications of this nature are eco-friendly as noted by reviews on the internet on the same.

Climate change is a growing concern in every sector. Telecom industries can’t escape the pressure to make reforms to fight it. The good news is that new technology is reducing the environmental footprint of the telecom industry, and the technology growing better every day.