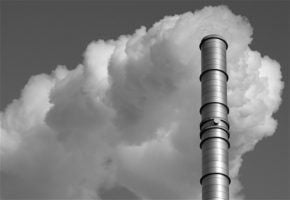 Greenpeace is encouraging the G20 governments to bring the Paris Agreement into fruition this year.

The Hangzhou G20 communication issued today brings climate change to the centre stage of the global political agenda and sends a strong signal for all nations to join the Paris Agreement as soon as possible. Greenpeace urges governments around the world to bring the Paris Agreement into force by the end of this year and begin working on a new era of more ambitious global climate action.

“Less than a year after the adoption of the Paris Agreement, under the Chinese Presidency, the G20 has finally moved forward on key issues for tackling climate change. Countries now need to react to the strong call from the G20 to formally join and ratify the Paris Agreement as soon as possible, so that the Agreement can enter into force this year,” said Jennifer Morgan, Executive Director of Greenpeace International.

Investors should pay close attention and not miss the momentum on shifting trillions of dollars from dirty to clean investments.

The upcoming Montreal Protocol discussions and the International Civil Aviation Organisation process will be the next key steps for China to show its commitment to tackling climate change.

The lack of progress on outlining a concrete timetable for the phasing out of fossil fuel subsidies is a reminder that the G20’s collective action on climate change must go further.

Li Shuo said “Handing out money to the fossil fuel industry is simply not compatible with the Paris Agreement .”

In the coming year, Germany must take up the mantle and continue to push for strong climate action in its role as G20 President. Greenpeace urges Germany to lead by example and show the world that it is ready to transform its economy into a zero-carbon economy and finalise the phase-out of coal by 2035 the latest.