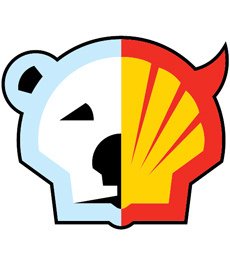 Environmental group Greenpeace is on the verge of raising £20,000 to pay for an advert in the financial press that attacks oil giant Shell for its exploration activity in the Arctic.

Just over £1,500 is needed in order to fund the full-page ad, which forms part of Greenpeace’s Save the Arctic campaign and could be published in such titles as The Times and The Financial Times.

This particular effort to raise awareness about Shell’s wrongdoing began when the company announced it could restart drilling for oil in the Arctic, despite one of its most prominent rigs in the region – the Kulluk – running aground in Alaska recently.

How the Greenpeace advert will look. (Click to enlarge).

“Drilling in the Arctic is expensive, and Shell needs the support of its investors to keep going”, said a Greenpeace message to supporters.

“In markets, perception matters and right now Shell’s reputation is in tatters.

“If we can get the truth out to thousands more in the investment community about the long list of Shell’s Arctic blunders – the ones that never hit the front pages – we can reveal how risky a company like Shell really is.”

A report by the University of Essex recently claimed that oil investors could be exposed to “serious financial risk” if they fail to challenge multinational firms over their responsibility.

But drilling for oil in the Arctic is a particularly contentious issue, given the vulnerability of the region and the difficulties in dealing with a potential oil spill. The activity was recently condemned by Christophe de Margerie, head of French multinational Total SA, who became the first oil boss to voice disapproval of Arctic exploration in September.