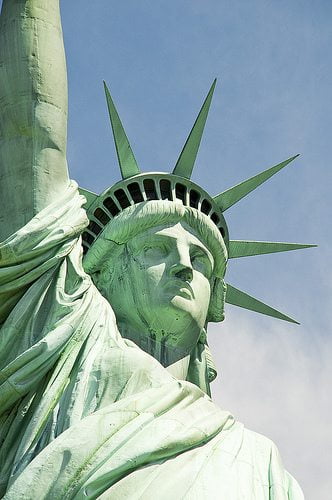 A new study has revealed that 136 out of 720 world heritage sites, including the Tower of London and the Statue of Liberty, could be lost in the long-term with a 3C warming, as climate change accelerates sea level rise and ice melt.

Scientists have predicted that if global temperature rise 3C by the end of the century, many historical sites listed by the UNESCO and a number of coastal cities, can go lost underwater as climate change will rise sea levels and cause ice to melt.

Ben Marzeion, one of the authors from the University of Innsbruck said, “The physical processes behind the global rise of the oceans are gradual, but they will continue for a very long time. This will also impact the cultural world heritage.”

The study has suggested that sites such as the Statue of Liberty, Sydney Opera House, the Tower of London, as well as historical city centres of Bruges, Naples, Istanbul, Venice and St. Petersburg could be lost. People living in coastal areas in the Caribbean and South East Asia are also at high risk of displacement.

Researchers said that without immediate action, especially on flooding, disastrous effects are likely to be seen in the short-term.

Co-author Anders Levermann from Potsdam University added, “If large ice masses are melting and the water is dispersed throughout the oceans, this will also influence the Earth’s gravitational field.

“Sea-level rise will therefore vary between regions. Our analysis shows how serious the long-term impacts for our cultural heritage will be if climate change is not mitigated.

“The global average temperature has already increased by 0.8 degrees com­pared to pre-industrial levels. If our greenhouse gas emissions increase as they have done in the past, physical models project a global warming of up to five degrees by the end of this century.”