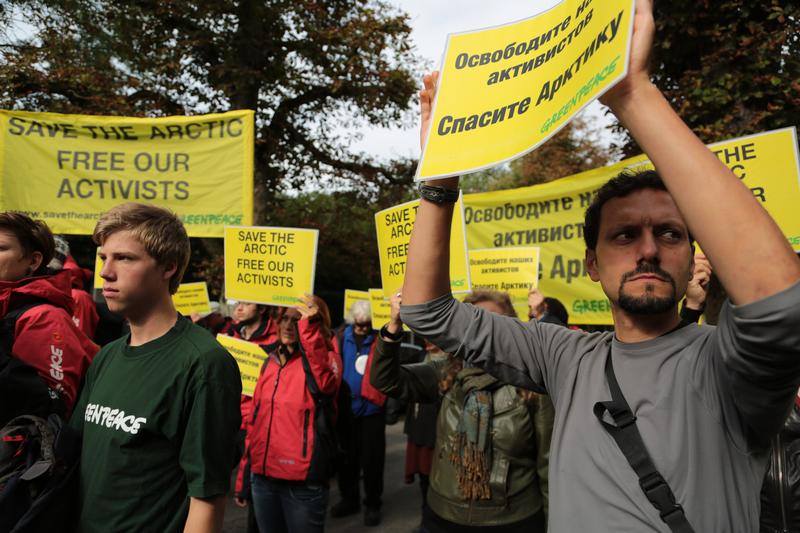 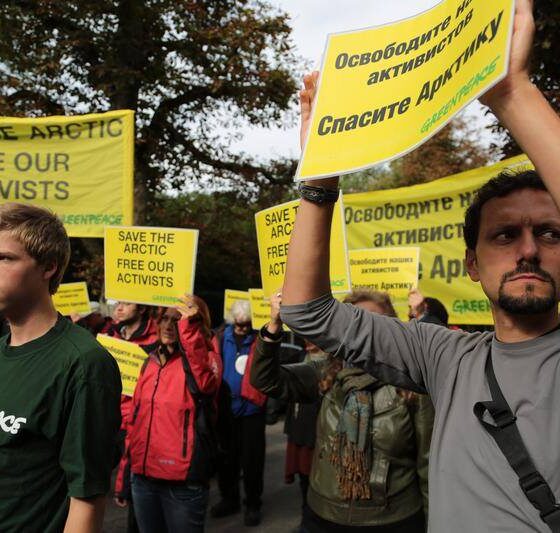 The Greenpeace ship Arctic Sunrise is close to arriving at the port of Murmansk after being boarded by Russian authorities last week.

The environmental group’s lawyers are demanding access to the activists who have been held for over four days without access to legal assistance.

Russian prosecutors have accused Greenpeace, whose protesters attempted to board an Arctic oil platform, of piracy. Committee spokesman Vladimir Markin said, “All those who assaulted the platform, regardless of nationality, will be prosecuted.”

The ship was raided by armed men in balaclavas who abseiled down from helicopters, and were held at gunpoint.

Greenpeace International executive director Kumi Naidoo responded to the allegations of piracy, saying, “Peaceful activism is crucial when governments around the world have failed to respond to dire scientific warnings about the consequences of climate change in the Arctic and elsewhere.

“Any charge of piracy against peaceful activists has no merit in international law. We will not be intimidated or silenced by these absurd accusations and demand the immediate release of our activists.”

Under Russian law, piracy is defined as “an attack on a ship at sea or on a river, with the aim of seizing someone else’s property, using violence or the threat of violence“. It can be punished with a jail term of up to 15 years

A number of legal experts have come forward to say that the boarding of the ship by the Russian coastguard is illegal under international law.

Prof Stefan Kirchner, visiting professor of fundamental and human rights from the University of Lapland, said, “It appears that Russia has violated the human rights of the crew members as well as rights of the flag state [Netherlands] and of the crew members’ respective home states. In order to comply with international law, Russia has to ensure the speedy release of the vessel and its crew.”