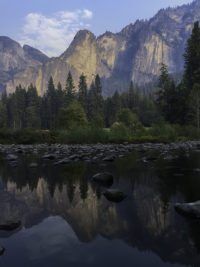 How Human Interaction is Ruining our National Parks

In 2015, over 305 million visitors experienced the natural wonders of “America’s best idea” — the 84 million acres of the U.S. National Parks, from Acadia National Park in Maine to Yosemite National Park in California. The parks are known for their natural beauty, scenic vistas and unspoiled landscapes.

Human visitors to the parks pose the first kind of threat. In Yellowstone National Park, park rangers have recovered furniture, diapers, pennies and trash from its iconic geysers and pools.

In the beautiful blue Morning Glory Pool, trash from visitors has blocked the vents that ensure the circulation of water in the pool. As a result, the deep blue that has drawn thousands of visitors is fading and is being replaced with orange and yellow striations. A certain species of microorganism is responsible for the pool’s deep blue color, and they are now threatened by the changing circulation pattern.

Damage to the unique natural wonders themselves is only one kind of destruction, though. The U.S. National Parks suffer damage by countless visitors who pick the wildflowers, pose with tree carvings they carefully crafted with their knives and burn illegal campfires — for starters.

Yes, each visitor likely thinks their penny/wildflower souvenir/carving/campfire is a great way to commemorate the visit. Tossing a penny may seem highly insignificant given the vastness of the acreage in National Parks.

One penny or one flower may be, but think of the aggregate through the years. Added up, each one of the millions of visitors tossing a penny into a geyser or plucking a flower is doing significant damage.

The rise of social media and the age of the selfie may have exacerbated the problem. Facebook, Instagram, Pinterest and the like all share an emphasis on images as records of life events. People posing and smiling next to their tree carvings in places like Grand Teton National Park are part of sharing the experience.

Park employees can only do so much to repair the damage. They do deploy long mechanical arms to retrieve garbage from the pools and geysers. However, the temperature of the water — some are as hot as 250 degrees Fahrenheit — can impede these efforts. And, of course, the picked wildflowers and damaged trees can’t be repaired.

The U.S. National Parks have also suffered damage from drones. A drone crashed into Yellowstone’s Grand Prismatic Spring two years ago and has never been found. The spring is more than 120 feet deep, making recovery efforts nearly impossible even with mechanical arms.

In a sense, the drones are simply another kind of visitor — just an unexpected technological one. The National Park Service issued a temporary ban on them in 2014, but that doesn’t seem to have halted their use. Last summer, incidents rose throughout the parks — it’s been difficult to enforce the rule within the expansive grounds of most parks.

Should a drone crash in the park and not be recovered, it becomes another kind of garbage — just delivered through the air rather than through two-legged visitors physically in the park.

The third form of damage comes from the oil and gas industries fracking on adjacent lands. Although U.S. National Parks are protected from fracking, national forests and state parks aren’t. The drilling and extraction of fracking are often surprisingly close to National Park land. Visitors to Montana’s Glacier National Park, for example, see signs warning them about the effects of gas in the air from fracking.

Moreover, the rivers, streams and other waterways as well as air and wildlife are not confined to the protected boundaries of the National Parks. They circulate throughout the region. That means fracking in a National Forest may causes damage to waterways, air pollution and disruption of wildlife habitats.

How We Can Preserve America’s Treasures

Given the importance of the U.S. National Parks, solutions to these kinds of damage are imperative. The solution to each depends on the cause.

Visitors to the National Parks need to be made more aware of the collective toll of their actions. Education on the kinds of damage — the number of coins tossed in the pools at Yellowstone or the couches retrieved — should start in the primary grades.

Perhaps the U.S. National Parks could start a social media campaign showing the damage done by careless hikers, campers and visitors. Have people sign a pledge on social media that they will be part of the solution — the visitor who simply enjoys — rather than a visitor who does damage.

The solution to drones becoming garbage may need regulation. A law making it illegal to fly in National Park space would eliminate that source of damage.

The solutions to fracking damage can be technological. Although proponents and opponents of fracking have vastly different estimates of the amount of damage fracking causes, some of the equipment and infrastructure used in fracking, such as air compressors, can be designed and chosen to be as environmentally friendly as possible. Drilling using compressed air as an alternative to water may do more to protect waterways. Some compressors also run on electricity rather than oil, thus eliminating emissions and other environmental damage from oil.

The U.S. National Parks have long been known as “America’s best idea.” We need to keep them that way by helping to minimize the damage they face. 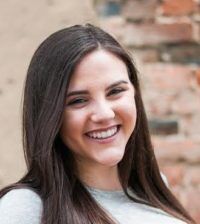