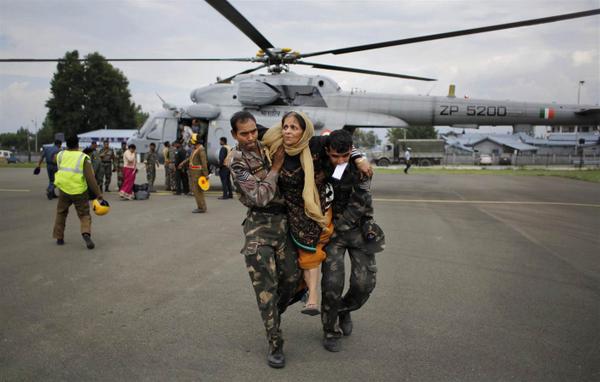 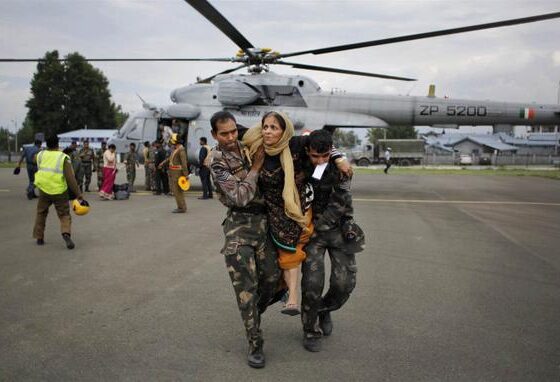 The heavily militarised region of Kashmir, shared by both India and Pakistan, has endured the worst rainfall in 50 years as flash floods took thousands by surprise, with no warning issued by India’s weather office.

The current death toll stands at 400 people, with thousands still trapped on rooftops. Citizens have expressed criticism against both Indian and Pakistani authorities for the lack of preparation and response to the disaster, regardless of a similar event occurring in 2010.

On the Indian side of the Line of Control, a defensive line between Indian and Pakistani forces, 2,000 villages lay submerged, alongside the city of Srinagar.

Talking to Reuters, a senior official from India’s National Disaster Response Force described the damage as “shocking,” adding, “People have been stranded on the rooftops of their homes for the last three days in some parts of Kashmir.”

Kashmir has been heavily disputed over by both Pakistan and India, with both sides expressing certain legalities regarding the rights of control. The area has subsequently become heavily guarded, with Indian forces regularly operating counter-insurgency operations beyond the border.

Around 47,000 people have already been evacuated, helped in part by the large garrison of soldiers stationed in the area. The Indian Air force has also dropped 550 tonnes of relief material, alongside 80 medical teams operating out of public buildings throughout the affected area.

India’s meteorological department had issued a heavy rain forecast in Kashmir last week, but the Central Water Commission issued no warning and has been heavily criticised by the state.

Pakistan has confirmed 231 people have died as a result of the flooding across the country, including their territory in Kashmir.

The humanitarian crisis is the first newly elected Indian prime minister Narendra Modi has had to deal with, with his own officials confirming that contingency plans were rendered useless by the high levels of rainfall. Some areas saw levels as high as 400 millimetres (15.75 inches) of rain in a day.

Thirty Indians also lost their lives recently to a landslide in the town of Malin after torrential rain brought large pieces of the hillside down on the village earlier last month.

Wild weather set to get worse because of climate change