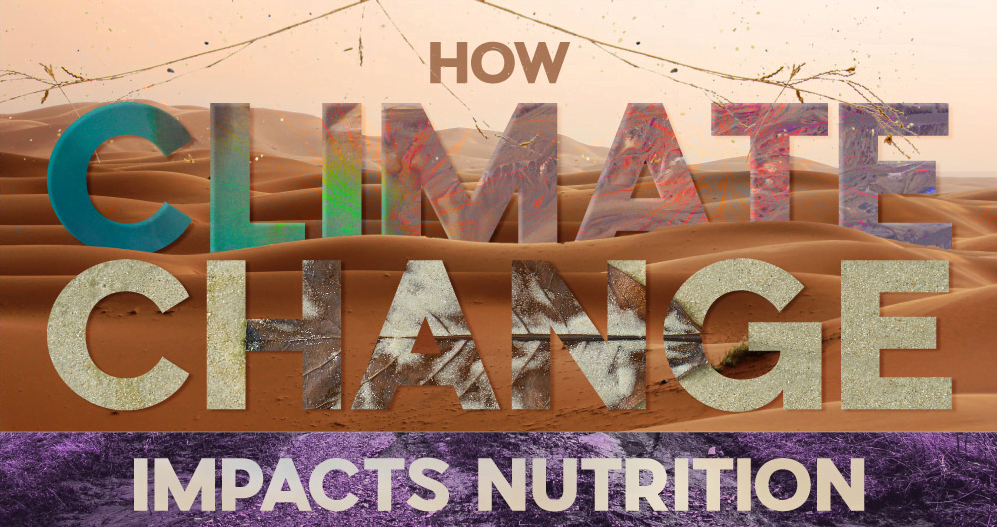 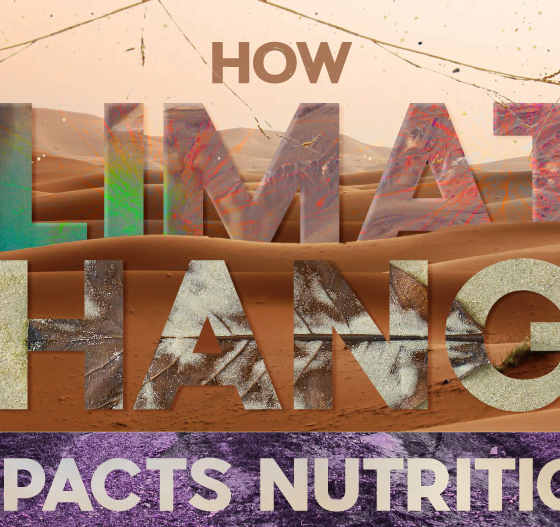 When we talk about climate change, oftentimes we are talking about major storms that cause property damage and displace people, or how the long term effects of the rise of sea level will give us less land on which to live. Rarely do people talk about how climate change will impact the fundamental daily well-being of large swaths of the population in regards to nutrition, but already climate scientists are sounding alarm bells. The fact of the matter is climate change is going to affect much more than just beachfront property. It’s going to do more than just cause us to use more electricity for air conditioning. Climate change has the potential to render large areas of the world unfarmable and make our food less nutritious and more costly.

Already there have been climate shocks in recent history that have caused emergency food insecurity. Natural disasters like floods, droughts, and hurricanes have caused food insecurity that has led to the need for immediate emergency assistance and longterm humanitarian aid.

By 2050 climate scientists estimate that as many as 4.8 million more children will become undernourished as a result of climate shocks, and that food prices could skyrocket as much as 84% due to diminished supply and increased demand.

What’s more, the current agricultural system is feeding climate change, which means we are on a collision course of our own making. The current farming system causes 20-30% of total greenhouse gas emissions, and that figure could grow another 32% by 2050. As these greenhouse gasses get trapped in the Earth’s atmosphere climate change and the warming of the planet could accelerate, compounding the problem over time. And the crops that would be grown in that future atmosphere with more CO2 would be less nutrient dense than the crops being grown today, compounding the problem even further.

Today there are over 2 billion people facing nutrient deficiencies worldwide, which lead to a yearly loss of 63 million years of life.

A Cascade Failure In Our Society

Food insecurity doesn’t just affect people in undeveloped or war-torn countries. It affects people anywhere in the world who are survivors of natural disasters, and soon it could affect even middle income people in developed countries as well.

Agricultural workers who aren’t able to work are at risk of falling into poverty, and as many as 122 million people worldwide could be affected by climate shocks that decimate agriculture. As those same climate shocks drive up the cost of food, low to middle income people will be unable to afford what they need to survive. Food insecurity for children under two years of age can have long term damaging effects on growth and development for the rest of their lives, even if their nutrition is brought up to standard after their second birthday.

How To Prevent Climate Change From Leading To Starvation

Already we have seen things like the dust bowl, El Niño, and Hurricane Florence affecting food security for large segments of the population. In fact, in Hurricane Florence alone it is estimated 3.4 million chickens and turkeys and 5500 hogs were killed and sweet potato and peanut crops were damaged. We have yet to see the full effects of the food shortages this will cause, and hurricane season is just nearing its end.

Changes in agriculture and diets can have a major impact on both climate change and food availability. Farming practices like cover cropping and eliminating or reducing tilling can prevent soil erosion and prevent CO2 from entering the atmosphere. Biofortification can help crops be more successful, and looking toward new crops like the jackfruit can help reduce our reliance on less stable crops.

Even a change in our diets could make a major impact on climate change. It is estimated that if everyone on earth switched to a vegetarian diet we could reduce greenhouse gas emissions by as much as 55%. This would also lead to reductions in type II diabetes, heart disease, and cancer.

Learn more about the effects of climate change on nutrition from this infographic.