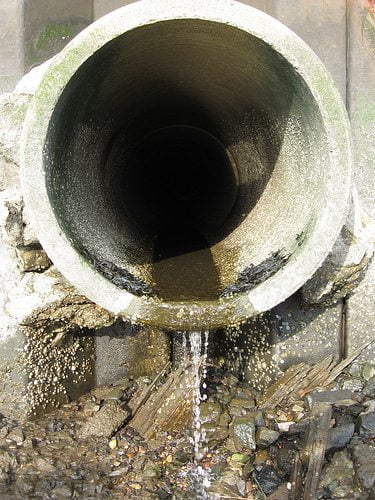 The 10 largest water companies in the UK are responsible for vast amounts of illegal sewage pouring into rivers and onto beaches – but face small pollution fines for such activities, the Observer has uncovered.

More than 1,000 pollution incidents, mostly involving sewage, occurred over the past nine years and were caused by firms treating water supply and waste water. However, these companies were fined just £3.5m overall, compared to the billions of pounds in earnings and shareholder dividends they made during that period.

Only a third of the incidents have resulted in a financial sanction, while the rest ended up in cautions, suggesting that the price paid by firms is not adequate.

Joan Walley MP, chair of the House of Commons environment committee, told the Observer, “In law, the ‘polluter pays’ principle is supposed to deter companies from damaging the environment, but in this case the penalties appear to be so pitiful that water companies seem to be accepting them as the price of doing business.

“The sentencing council must ensure that courts take into account the profits made from environmental crimes, and that fines have a sufficient deterrent effect.”

The Sentencing Council, in the environmental sentencing guidelines, argues that fines should have “an equal economic impact on offenders. Therefore, for example, for similar offences, organisations with ‘large’ turnovers will receive proportionately higher fines than those with ‘small’ turnovers”.

It adds, “This approach will ensure that fines are both effective in deterring future offending and in encouraging compliance with the law, and are set at a level that the offender can pay.”

Among the companies punished more often are Thames Water – which incurred £842,500 in fines for 87 incidents; United Utilities, which registered the highest total number of incidents (242); and Anglian Water, whose manager also destroyed data and forced colleagues to falsify records.

In November last year, the Observer raised questions over the huge profits made by water suppliers, which according to the newspaper paid little corporation tax.

US water investors call for better disclosure on company threats