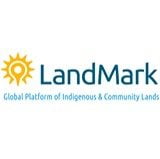 The platform was created to fill a critical gap in indigenous and community rights and make clear that these lands are not vacant, idle or available to outsiders. These communities often lack the legal rights to their land and can be pushed aside by the exploitative development of natural resources, including mines, palm oil plantations, and timber concessions.

LandMark arrives at a critical juncture, when research provides convincing evidence that Indigenous Peoples and local communities are good stewards of their land and natural resources, keeping carbon in the trees and ground, and thus slowing climate change. The international talks addressing climate change, however, are building towards a treaty conference in Paris but have yet to include Indigenous Peoples’ land rights as an agreed-upon tool to limit the amount of carbon that human activity releases into the atmosphere.

“To us, the detailed mapping of our ancestral territories, led by local indigenous communities, help us articulate our constitutionally recognized rights,” said Abdon Nababan, Secretary-General of the Indonesia’s Indigenous Peoples’ Alliance of the Archipelago (AMAN). “But these maps do us no good unless they become public knowledge and indigenous rights are recognized by all who have ambitions to grab our lands and these rights are actively protected by government. LandMark is an important tool for us in the process of gaining legal recognition of our constitutional rights.”

“There are practical reasons why legal recognition of community lands is imperative for a safer twenty-first century”, said Liz Alden Wily, an international land specialist resident in Kenya. “The notion that without paper title millions of hectares are unowned has become an intolerable fiction and an abuse of human rights that cannot be sustained in today’s connected world. Secure rural tenure for all is also a logical platform for more inclusive economic growth. Securing community lands is as much about looking forward to a sounder future as about remedy of legally dubious and unjust pasts.”

Research has shown that while Indigenous Peoples and local communities have customary rights to up to 65 percent of the global land area, they have ownership rights to just 10 percent, leaving the vast majority of their territories available to environmentally destructive development.

A new analysis released last week shows that the economic benefits to securing these rights outweigh the costs of not granting them. Forest nations around the world—from Democratic Republic of Congo to Indonesia—can secure land rights as part of a developmental strategy that would also make a dent in emissions from deforestation.

“Collectively held land is a global issue – not a northern or southern issue,” said Peter Veit, director of the World Resources Institute’s Land and Resources Rights initiative. “By visualizing the locations of Indigenous Peoples and local communities—involving perhaps 2 billion people—LandMark pushes their existence into the calculations of those making decisions about climate change, economic development, poverty alleviation, and natural resources conservation. LandMark provides Indigenous Peoples and communities the opportunity to be proactive in their efforts to protect their lands, not just reactive to imminent threats.”