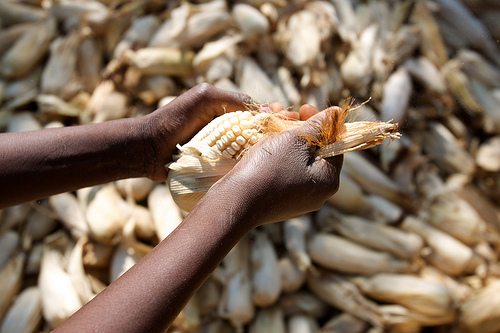 A new report by the World Bank and anti-poverty charity the ONE Campaign has suggested that by encouraging women into agriculture, many African states could reduce inequality and poverty – as well as boosting economic growth and food production.

The report, Levelling the Field: Improving Opportunities for Women Farmers in Africa, says there is a huge gap between the productivity of female and male farmers in Ethiopia, Malawi, Niger, Nigeria, Tanzania and Uganda.

Dr Sipho Moyo, African director of ONE, said, “We ignore this gender gap at our peril and ultimately at great social and economic cost. It is a real injustice to Africa’s women farmers and their families that women make up nearly half of the labour force in agriculture but, on average, produce less per hectare than men.

The report suggests that productivity on female farms is significantly lower per hectare compared to male ones, essentially because women have fewer land rights or less access to quality seeds, fertilisers and other tools.

The World Bank and the ONE campaign called on African governments to improve the quality of female agriculture, which they said could become a good source of wellbeing and growth, while bringing women out of poverty.

Moyo added, “If governments and partners invest in agriculture and, in particular, its women farmers today, they can be assured of a legacy of greater equality and boundless opportunity that will benefit Africans for generations to come and may usher the beginning of the end of aid dependence for our people.”