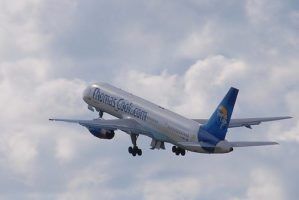 A global market-based measure (GMBM) is set to be adopted by 191 countries after 20 years of international negotiations aimed at addressing emissions growth from international aviation during a two-week aviation summit in Montreal from 27 September to 7 October, 2016.

The Assembly convenes after over 60 countries ratified the landmark Paris Agreement. As the Paris Agreement transitions from aspiration to implementation, the outcome of this meeting in Montreal is a defining litmus test of international willingness to truly confront greenhouse gas emissions from the fast growing aviation sector. If aviation does not act, emissions from the sector are expected to soar from approximately 2% to 22% of CO2 alone by 2050.

The International Civil Aviation Organisation (ICAO), a UN group charged with regulating aviation pollution, agreed to take action this year when they last convened in 2013. Because ICAO only convenes its Assembly once every three years, 2016 s a critical time for progress.

As the only environmental observer organisation representing civil society at ICAO, the International Coalition on Sustainable Aviation (ICSA) urges countries to use their next two weeks together to finalize and adopt an agreement that ensures strong environmental integrity and broad participation from the proposed 2021 start date.

ICSA released a previous statement and held a press call earlier this month expressing their concerns with the current text’s shortfalls. Based upon current voluntary commitments and expected exclusions, the GMBM is expected to require offsetting approximately three quarters of emissions growth after 2020, falling short of the ICAO goal of “carbon neutral growth” at 2020 emissions levels. That means absolute international aviation emissions could still increase through at least 2035, jeopardising achievement of the goals of limiting temperature rises to 1.5˚C or at most 2˚C that world leaders set in Paris in December 2015. This underlines the need for further work under the review clauses in the current text in order to ratchet the level of ambition up.

Environmental integrity and broad participation are the defining characteristics by which any ICAO agreement will be measured. There remains a great deal of work to do and ICSA stands ready to work with ICAO member states over the next two weeks and beyond to help close the gap.

There are five key aspects of the GMBM that will be critical to follow as negotiations unfold over the next two weeks:

Public commitment to participate
The proposed agreement establishes a “pilot phase” from 2021 through 2023 and a “first phase” from 2024 through 2026, during which States could “opt in” to the programs, followed by a “second phase” based on mandatory criteria from 2027 through 2035. Public commitment from a wide range of countries, particularly industrialized and major aviation countries, for the first two phases of the GMBM is critical at the ICAO Assembly.
Opt-out provision
The explicit ability of States to “opt out” of the early phases of the GMBM after joining sows uncertainty for airlines and runs counter to the need to increase participation and emissions reductions to achieve the temperature goals in the Paris Agreement. It can be addressed with text modifications or firm country commitments.
Double counting
If offsets used to achieve the goal of the GMBM are also credited to other climate goals, emissions will continue to increase while countries and airlines appear to meet their pledges. Addressing double counting is essential to environmental integrity.
Regional and national efforts to increase ambition
It’s important that ambitious states and regions are able to go further in reducing their emissions. ICSA will be watching to see if ICAO actively encourages such action.
Emissions credits and alternative fuels
Recognition of the need for strict and enforceable rules for emissions credits and alternative fuels are absent from the draft resolution. Such discussions will need to continue in ICAO technical committees after the Assembly. Stressing the importance of emissions credits and alternative fuels in the assembly text will help guide future conversations.

With the Paris Agreement set to come into force by the end of 2016, all eyes are now turning to Montreal for an inclusive outcome with meaningful environmental integrity. Just one month before COP 22 takes place in Morocco to focus on Paris Agreement implementation, an ICAO deal on a global market-based measure can send a critical signal to countries and industry alike that aviation emissions will not be allowed to balloon to consume a quarter of the world’s remaining carbon budget.