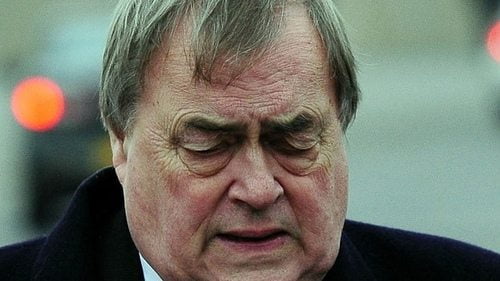 Former deputy prime minister John Prescott has urged David Cameron to take a leading role in efforts to broker an international climate change deal ahead of UN talks next year.

In an open letter to the prime minister, published in the Sunday Mirror, Prescott talks about the role he played in negotiations over the Kyoto Protocol in 1997.

It is hoped that a crucial UN conference taking place in Paris in 2015 will see nations agree on a successor to the Kyoto treaty and introduce new binding greenhouse gas emission reduction targets.

“You may or may not be prime minister by then,” Prescott tells Cameron.

“But it is vital that you take the lead in helping the world get a global climate change deal.”

Prescott says that, while working with the former Tory environment minister Lord Deben, he has devised a plan that would see other nations following the lead of Britain by introducing their own version of the UK 2008 Climate Change Act.

“It would mean countries legally enforce their commitments to reduce carbon emissions. This would be backed up with an international treaty like Kyoto,” he explains

“This mixed ‘top down and bottom up’ approach would feature a core agreement with a global target to reduce greenhouse gas emissions in line with the commitment already agreed by governments to keep the global average temperature rise below 2C compared with pre-industrial levels, delivered through national legislation.”

Prescott says that this strategy, which is backed by the Parliamentary Assembly of the Council of Europe, would require all nations to introduce legislated, legally binding emission reduction targets by 2020.

International procedures would also be introduced to verify that these targets were being met.

Prescott, who served as a secretary of state for the environment, says to Cameron, “I think it’s fair to say that I’m not your biggest fan. And I’m pretty sure the feeling is mutual.”

“But the events of the past two months must have been a stark reminder of the awesome power of nature and the incontrovertible effect of climate change.”

Referring to their recent agreement to cooperate in the fight against climate change, Prescott adds, “if China and the US can work together, then now is the time for our two parties to set aside our differences and broker this deal.

“If you really want to tackle climate change, then I am prepared to work with you and the coalition government to secure that climate change treaty.”

Prescott has long been an outspoken lobbyist for climate action. He is a member of The Global Legislators Organisation (GLOBE), an international group of politicians who work to find legislated solutions to climate change.

Studying the impact of the 2008 Climate Change Act, the report says the legislation sent a clear signal to the industry and other parts of society that the British government was committed to tackling climate change. This, it says, gave investors the confidence to plan for the long term.