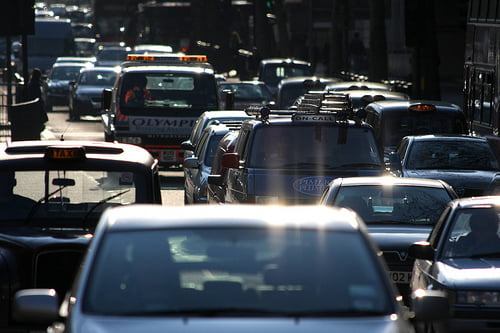 Research conducted by a leading transport charity has mapped London, Brighton and Nottingham’s networks as the most sustainable in the UK.

Campaign for Better Transport’s (CBT) latest Car Dependency Scorecard placed the trio at the top of a 26-strong list, making them amongst the least car-dependent UK cities.

The most highly populated places in each UK region were selected for the study, which follows CBT’s inaugural report from 2010. Each city was given scores for four areas: accessibility and planning; buses and trains quality and uptake; cycling and walking as alternatives; and driving and car use.

London’s transport network overtook 2010 leader Nottingham, which dropped to third, to be crowned CBT’s most sustainable city, with Brighton coming in at second place. The three places also made up the podium in the previous instalment of the Car Dependency Scorecard.

“The cities that have topped our ranking show how good planning and investing in transport infrastructure can provide decent transport alternatives and reduce the number of people having to make every-day journeys by car”, said Sian Berry, sustainable transport campaigner for CBT.

“Heavy investment in transport for London 2012 is already starting to show its impact with the capital moving up to top the ranking.

“But, local authorities need to realise the most cost-effective way to reduce dependence is to invest in cheaper, more-efficient public transport and build new developments that can be accessed by cycling and public transport and which reduce the need to travel, rather than throw money at expensive road plans that in reality fail to cut congestion.”

At the other end of the ranking, Wigan, Peterborough and Colchester were named as the most car-dependent cities. CBT says this was because of “poor accessibility to key services and high numbers using cars to commute to work” before adding that these places were not likely to improve in the near future.

It’s estimated that as much as 18% of the world’s emissions come from transport, and whilst a number of UK cities can be lauded for their commitment to sustainability, we’re still lagging behind the rest of Europe because of cost, congestion and air quality.

However, help is on hand through eight of the world’s largest multilateral development banks, which collectively committed £111 billion towards improving sustainable transport globally at the recent Rio+20 Earth Summit.

This pledge is just the beginning of a long road of sustainability for the world’s transport networks, though, with the overall cost required to reach a suitable level by 2020 cited well into the trillions.