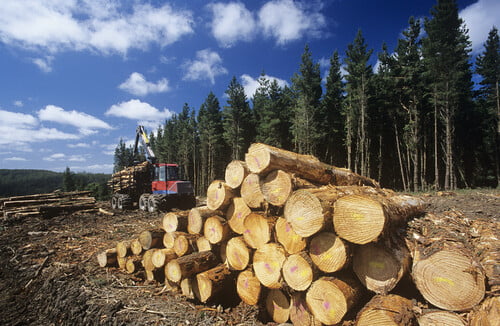 A Look At The 5 Biggest Environmental Concerns Of 2018

The World Economic Forum has mentioned that air pollution has been found to be the biggest current environmental issue that threatens public health. It is estimated that between 7,500 to 52,000 individuals die yearly in the U.S. due to exposure to emissions released in power plants. Air pollution impacts people in different ways; it affects early development of brain, causes respiratory complications, and brings other severe health issues in people and the other living creatures and organisms. So what are the top 5 biggest environmental concerns we are seeing in 2018 and how do we go about tackling them?

Air pollution is considered an invisible killer, there are about 7 million premature deaths linked to air pollution that occur every year. Since the Clean Air Act was implemented, it has seen improvements in air quality in the United States. Polluted air causes health problems and weakens the ozone layer. Pollution in general puts the environment and animals in critical conditions, which only humans are able to restore, and in other times, the repercussions are beyond human interventions, for example, when species have to become extinct before mitigation measures are put in place. Being among the biggest killers on earth, pollution leads to loss of over 100 million lives every year. People living in locations that have high air pollution levels are 20 percent more likely to lose their lives due to lung cancer, even when they have never smoked a cigarette in their lives.

Plastic is cheap and very versatile making it an ideal product for many applications from industrial to commercial to household level. Because people live a disposable lifestyle, around 50 percent of all plastic is only used once then thrown away. How much plastic ends up in the ocean every year? Over 8 million tons. Think of it this way: 8 million tons is roughly the weight of the whole population in the United Kingdom and Spain.

It is estimated that by 2050, there will be 60 tons of plastic waste being dumped in the oceans every minute if we don’t consider how to tackle the problem of plastic use by having proper waste management. Plastics in oceans bring about many problems for both humans and wildlife. Turtles, birds, fish, and other creatures are trapped in carrier bags, others ingest tiny pieces of plastics, which eventually enter the food chain from the seafood we eat.

To help reduce the problem created by plastics in our oceans, people should reduce their dependence on these products. Single-use plastic products like plastic bags, straws, plates, packaging plastic cups, and cutlery should be put to an end. Many countries are now imposing a ban on use of plastic bags and disposable plastics; others have established sound targets to reduce plastic use and waste. Producers of plastic products should be responsible and consider alternatives to plastics and collection and reuse of plastic waste. At the end of 2017, a global goal was adopted by UN Environmental Assembly to prevent and stop discharging plastic to the oceans.

Besides, there is need to have increased mapping along with surveillance and research to find out more about plastic issues in our oceans. Although it is estimated that over 70 percent of plastics end up within the sea floors where it is breaks down to smaller particles, it is not known what happens to such particles and how to eliminate them.

The rising sea levels consistently relate to global warming.  From 1961, the sea levels have been rising by an average rate of about 1.8 mm per year and in 1993, the rate went up to 3.1 mm per year due to thermal expansion. When water heats up, it expands and at the same time, warming results in melting of polar glaciers and ice sheets. The changes to water due to global warming are contributing to rising sea levels and as a result, flooding and erosion occurs in low-lying areas and coastal regions. Extreme weather is also shifting rainfall. Today, we are seeing extreme weather events and heavy rains occurring more frequently. Such events lead to decreasing water quality and floods as well as reduced availability of the resource in certain regions.

As temperatures rise, wildfires are becoming more common and wildfire season is becoming prolonged. Besides, hurricanes have become a natural part of the climate system. Climate change is also causing extremely dangerous heat waves that cause serious health risks and heat exhaustion or even heat stroke. To help mitigate the problem of extreme weather, global warming has to be tackled by reducing carbon emissions.

As sea levels continue to rise, it is expected that by 2025, they will rise by 7.6 to 91.4 cm because of the glacial and polar icecap meltdown coupled with increased precipitation, unpredictable thermal expansion, and land and coastal erosion. With about 70 percent of the global populating living within 100 miles from the coastlines and about 50 million now being at risk of facing coastal flooding, it is likely that there will be more displacement by storm surges and tides.

Climate refugees or migrants are a reality today as people are forced to flee their habitats due to sudden and gradual changes in natural environment associated with climate change for example, extreme weather events like wildfires, rising sea levels, draught and scarcity of water. The rising temperatures arising from global warming will result in melting arctic ice, draught, and desertification among other catastrophic effects.

Climate change doesn’t just impact the environment; it also impacts on other elements like government stability, economies, health, and where people live. The reason why climate change refugees run away from their homes is due to many complex factors including environmental degradation along with desperate socioeconomic conditions. They flee when they feel that their livelihoods or safety are at risk. It is estimated that about 2 billion individuals, representing one-fifth of the global population may be displaced from homes due to climate change by 2100.

Climate change is also causing problems of availability of quality water and the production of food.  Water availability as well as accessibility are considered as main constraints to crop production. Water scarcity has been witnessed in many parts as reservoirs are being wiped out.

Some researchers have predicted that the rise in temperatures will result in reduced crop production. As soon as 2030s, we could be having serious negative effects on the crop yields on the global scale putting people at risk of hunger and starvation. The problem may be compounded by the increasing population, which means increased demand for food.

Water management is an important thing to help reduce the problem of water shortages and availability of water for food production. But even with that in mind, the biggest threat we have today is global warming. If the trends being seen in carbon emissions aren’t reverted, it could result in serious repercussions. The changing rainfall patterns coupled with draught and flooding as well as erosion are things that will impact on the production of food.

Tackling climate change isn’t solely a government or nonprofit organizations affair, it is the responsibility of every individual, organization, institution, government, business, and other stakeholders to take actions. Carbon emissions have to be cut back significantly by adopting practices that reduce carbon footprints. AvaCare Medical understands the challenges climate change brings to the people and the environment at large and that’s why it offers for sale some eco-friendly products like Cando eco-friendly yoga mats.  If everyone at least did something that can lower carbon emissions, we could see positive results in minimizing the problem.