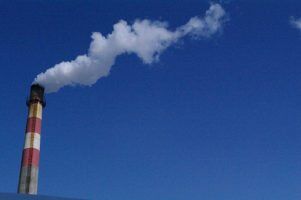 The Greenhouse Gas (GHG) Protocol [1] is the worldwide standard for which large organisations measure, manage and report GHG emissions.

Through the use of Green Gas Certificates, which track the use of grid-injected biomethane, companies can now report near-zero GHG emissions for gas combusted onsite due to the biogenic nature of the biomethane being sourced [2]. These changes are also backed by the CDP (formerly the Carbon Disclosure Project), which monitors and ranks companies according to greenhouse gas reductions. The CDP’s latest UK annual report states that 232 companies out of the FTSE 350 now disclose their GHG emissions output to the CDP.

The GGCS liaised closely with GHG Protocol team, based in Washington, and the CDP, to ensure that its Green Gas Certificates fulfil the reporting criteria of the Protocol. Research undertaken by leading environmental consultancy Ecofys for the GGCS helped ensure that the Scheme complied with the Protocol’s rules.

Biomethane is a renewable gas produced through the anaerobic digestion of food and other organic wastes.

Domestic green energy suppliers back use of grid-injected biomethane.

Good Energy has announced that 6 per cent of its green gas supply is made up of biomethane injected to the grid. This biomethane is sourced from UK anaerobic digestion plants registered through the Green Gas Certification Scheme. It expects this percentage to increase in future. Good Energy is using Green Gas Certificates as evidence that the biomethane has been injected, and that it has not been double counted in any way. Further domestic energy suppliers signed up to the GGCS include Green Energy UK, now supplying customers with 100 per cent green gas from UK anaerobic digestion plants backed by Green Gas Certificates; and LoCO2 energy, supplying 10 per cent of gas from biomethane.

Juliet Davenport, CEO of Good Energy, said: “Because our green gas is robustly and independently certified by the Green Gas Certification Scheme, we can assure our customers that, by getting their gas from us, they’re playing their part in achieving a sustainable future.”

John Baldwin from CNG Services Ltd, one of the architects of the biomethane to grid industry, said:

“It is great news that organisations wanting to reduce their carbon impact can now get recognition for using grid-injected biomethane.”

Our biomethane to grid market is continuing to grow, and this recognition provides a further boost to this nascent industry.

“Together with Ecofys we have worked to navigate and understand the complex rules against which large organisations report their greenhouse gas emissions. As a result of our joint efforts we are now clear that these organisations can use Green Gas Certificates from our scheme as part of their corporate GHG reporting. As a result companies, such as Sainsburys, are now using Green Gas Certificates as part of their GHG reporting strategy.”

“We were delighted to be chosen to support the GGCS in this work. Companies will now have greater confidence in using Green Gas Certificates for their corporate accounting of the purchase of biomethane, which will help to further stimulate development of the green gas market in the UK. ”

“As a not for profit, industry-led initiative, the GGCS will continue to support the biomethane to grid sector and also look for new opportunities for renewable gas such as the supply of biopropane, the production of syngas (BioSNG) and renewable power to hydrogen projects.”