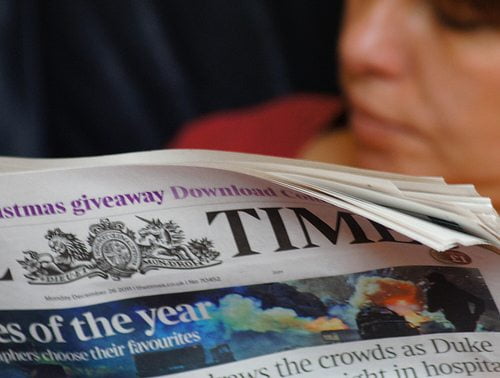 A new study has found that the majority of news articles about climate change are centred on narratives about disaster and uncertainty.

According to the research, from the Reuters Institute for the Study of Journalism, this has led to the general public finding climate science difficult to understand.

The researchers found a “disaster narrative” in 82% of the articles analysed, and a similar proportion about uncertainty. However, only 26% of articles explained the “explicit risks” of different policy options.

The articles in the sample analysed covered the first two reports by the Intergovernmental Panel on Climate Change (IPCC) of 2007; the IPCC report on weather extremes in 2012; and the recent melt of Arctic sea ice.

Articles coded as having a “disaster or implicit risk” narrative were about sea level rises, more floods, water or food shortages, or population displacement. In the case of Arctic sea ice melt, this also included negative effects on the ocean ecosystem and nations living on the Arctic rim, or the heightened possibility of cold weather in the Northern Hemisphere.

James Painter, lead author of the report, said, “There is plenty of evidence showing that in many countries, the general public finds scientific uncertainty difficult to understand and confuse it with ignorance. We also know that disaster messages can be a turnoff, so for some people risk may be a more helpful language to use in this debate.

“Journalists are generally attracted to gloom and doom stories, but they are going to become more exposed to the language and concept of risks in covering climate science in the coming years.”

The research found that journalists often followed the prompts given by scientists and their reports. Around 70% of the articles covering reports by the IPCC, and nearly 60% of all articles in the sample, included quotes from scientist or scientific reports that researchers coded as “disaster narratives”. Nearly half the articles included a quote indicating some aspect of uncertainty.

The study concluded that advances in climate modelling and attribution are likely to lead to ‘more helpful’ language of explicit risk being increasingly used by journalists in the future.

Some 350 articles about climate change that were published between 2007 and 2012 were analysed. The sample covered three newspaper titles in six countries (UK, France, Australia, India, Norway and the USA).

The ethics of climate change reporting