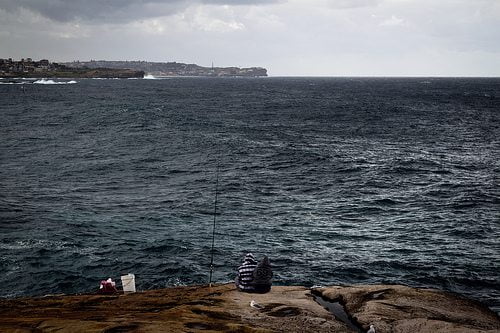 A comprehensive study of divers and anglers has found that protecting marine habitats around the UK will bring about significant economic benefits, as well as preserving wildlife and having a positive impact on local wellbeing.

The study, called The value of Marine Protected Areas in the UK to divers and anglers, was conducted by the universities of Aberdeen, De Montfort, Aberystwyth and Birmingham City. The Marine Conservation Society (MCS), the British Sub Aqua Club (BSAC) and the Angling Trust have subsequently given their backing to the research.

The report says that a proposed network of 127 marine conservation zones (MCZs) around the UK, which the Department for Environment, Food and Rural Affairs (Defra) has so far failed to implement, will give both economic and environmental boosts.

MPs on the science committee criticised Defra for a lack of action in April. At the time, Labour MP and former environment minister Ben Bradshaw said that future generations “will not forgive us” if the planned MCZs were not agreed.

An alliance of 86 scientists and academics said Defra’s plans to make just 37 of the 127 sites MCZs “will not deliver” the necessary protection to help stop wildlife populations and their habitats declining.

Sue Ranger, MCS senior stakeholder engagement officer, said turning all 127 proposed sites into MCZs would bring in as much as £3.39 billion for the economy every year.

She added, “Recreational divers and anglers questioned said they would make a one-off payment collectively worth between £730m and £1.31 billion to see these sites protected and damaging activities stopped.

“People questioned were willing to pay more if they felt that sites would be well managed to prevent harm to species and habitats.”

“This research only questioned divers and anglers, which means the figures don’t provide a full account of the value of our seas. Other large sea user groups like sailors and tourists are also likely to attach value to the enjoyment and protection of the sea – and these values have yet to be measured.”

Meanwhile, David Mitchell of the Angling Trust said, “Both the monetary and non-monetary values recorded from sea anglers stretch into billions of pounds. This has the potential to increase further by hundreds of millions of pounds if restrictions on other activities, such as commercial fishing, were included.

“It is also clear that, for sites with significant numbers of visiting anglers, the cultural ecosystem service benefits of angling, such as health, wellbeing and a sense of community, would decrease if access restrictions were placed on anglers.”

Findings from a recent study said that European fish stocks were recovering somewhat after a prolonged period of overfishing, with many species in the north-east Atlantic in particular being sourced sustainably.