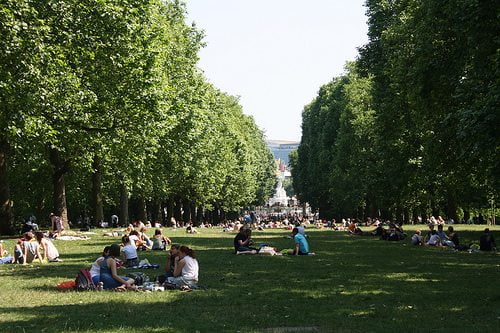 London and parts of the south of England have been warned about serious rising temperatures by the Met Office, as the British heatwave continues.

Some southern regions are currently in the third stage of the Met Office’s four levels of heatwaves, also known as the amber stage, following similar warnings in Yorkshire last week. This comes after temperatures soared to over 30C in some places.

The Met Office says there is a 90% probability of heatwave conditions between Wednesday morning and Thursday evening in a number of areas.

An amber warning is triggered when the Met Office “confirms threshold temperatures for one of more regions have been reached for one day and the following night, and the forecast for the next day has a greater than 90% confidence level that the day threshold temperature will be met. This stage requires social and healthcare services to target specific actions at high-risk groups.”

“Elsewhere temperatures may come close to criteria, however certainty is lower, giving a ‘Level 2 Heat Health Watch’ in all but the north-east and north-west of England.”

The current prolonged heatwave is the first in the UK since 2006, when high temperatures swept across Europe. A number of national and continental records were broken in July of that year.

The BBC reported on Tuesday that trade body Water UK said there were no plans to impose a hosepipe ban in the UK at this stage. Meanwhile, the Guardian is calling on people to send in images of how the current heatwave is affecting local wildlife.

Australia witnessed an even hotter heatwave in January, when temperatures soared to nearly 50C in some places. A recent study said global warming will make such events five times more likely to happen in the country.