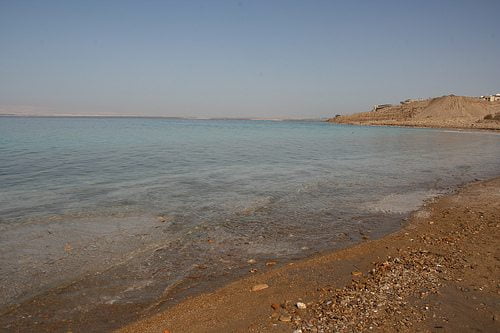 Israel, Jordan and Palestine have agreed to build a pipeline in order to replenishing the rapidly declining Dead Sea.

In a ceremony at the headquarters of the World Bank in Washington on Monday, delegates signed a deal to protect the salt lake, which is receding by around 1 meter (3.3 feet) a year.

Negotiations for such a project have been on-going for many years, despite the troubled relations between Israel and Palestine. Israel’s minister of national infrastructures, Silvan Shalom, called the breakthrough “a historic agreement”.

The proposed Red Sea–Dead Sea Conduit, also called the Two Seas Canal, will carry brine 110 miles from a desalination plant near the Red Sea to the Dead Sea, also providing fresh drinking water to the region.

The World Bank will finance the development, which is estimated to cost somewhere between $250m-$400m (£152m-£244m), with bridge loans to be repaid by donor countries and philanthropists. It is expected the pipeline and desalination plant will be completed within five years.

The Dead Sea is a famous tourist destination, as its waters have such a high concentration of salt and other minerals that people can easily float on its surface.

However, its waters have been receding for decades, due to its exploitation for its minerals, and the river Jordan has been depleted by human activities such as agriculture. Some fear that the salt lake could disappear completely by 2050.

It is hoped that by pumping around 100 million cubic meters of brine per year directly into the Dead Sea, the pipeline can reverse this process.

Environmentalists have expressed concern that the pipeline will supply only around a tenth of the water needed. They also fear that using water siphoned from another region, containing foreign living organisms, could have a devastating effect on the unique ecosystem of the Dead Sea.

“This is a way of saving face rather than saving the Dead Sea,” Gidon Bromberg of the Friends of the Earth Middle East told the Guardian.