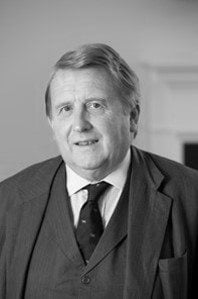 In a ground-breaking new legal opinion, Christopher McCall QC (pictured), a pre-eminent legal expert on the hotly debated topic of ‘fiduciary duty’, has raised the prospect that a wide range of different charities may be legally required to re-evaluate their approach to carbon intensive investments.

The opinion, published today, is the first time an authoritative legal perspective on the possibility of conflict between fossil fuels and charities’ missions has been available and could lead to a change in Charity Commission guidance and wider responsible investment practice. The opinion also lays particular emphasis on the need for fiduciaries generally to be alive to the possibility of financial risk in investments which might be described as stranded assets.

McCall suggests that investment in carbon intensive investments may in many cases be “irreconcilable” with the intent behind charities with a wide range of different missions, such as missions relating to the environment, poverty and health. This conclusion is based on the principle recognised in the leading case on investment by charities – the 1991 ‘Bishop of Oxford case’ – that charities should not make investments which conflict with their objects.   That case is now the cornerstone of the wider responsible investment sector and involved a challenge by the Bishop of Oxford to the investment policy of the Church Commissioners, over the extent to which the Commissioners should divest from companies with interests in apartheid-era South Africa. However, the case predated modern concerns about global warming and climate change.

Developments in climate science since the Bishop of Oxford case was decided mean that fossil fuel investments are now seen to add to the risk of dangerous climate change, which threatens to seriously undermine the work of many charities, should global temperatures continue to increase at current rates. This conflict may force many charities to screen out fossil fuels, as many do with other types of investment, such as tobacco, armaments and pornography.

According to McCall, where a clear conflict exists, trustees of charities must divest from carbon intensive investments, “regardless of the financial consequences”. This may come as a wake-up call to trustees, as fossil fuels investments have not previously been thought of as creating the risk of direct legal conflict with the mission of charities. However, McCall suggests that there will be various cases where the conflict is “patent” and “clearcut”, although he notes that trustees will need to look at the evidence and take advice to decide whether a conflict exists.

In a recent speech to City investors at the Guildhall in London, HRH Prince Charles warned that fossil fuel investment could “represent a significant conflict” to the mission of many charities. Amongst those present was Christiana Figueres of the UN, who is leading the global climate change talks in Paris next week. It is now clear that McCall’s opinion backs up the Prince’s view.

Luke Fletcher, a partner at leading charity law firm Bates Wells Braithwaite explained that “Charity investors are different to other investors. Instead of existing to further their own interests, charities exist to benefit the public, which is relevant to how charities invest. This opinion breaks new ground. Charity boards will now need to ask whether fossil fuel investment represents a risk to mission – given the prospect of dangerous increases in global temperatures.”

Fletcher added that “In light of the opinion, we will be asking the Charity Commission to revise its guidance to say that charities must divest from fossil fuels where this conflict with mission exists.”

Given the potential magnitude of the financial risks associated with investment in what might be ‘stranded assets’, all fiduciaries – and not just charity investors – “must be ready to consider, with the benefit of advice, the extent to which the risks associated with carbon intensive assets may currently be underappreciated and not fully priced into the market”, according to McCall. He goes on to say that such investments may prove to be “pregnant with material financial risk” and that “any prudent trustee” should think about how best to manage and mitigate any such risks.

McCall is among the most senior silks at the Bar and recently won a lifetime achievement award from his peers for his work on the law of trusts. Richard Macrory, Professor of Environmental Law, at UCL and a widely recognised authority on environmental law, commented “This is a highly significant opinion. It is likely to require many trustees and charities to re-evaluate their policies on investing in industries engaged in fossil fuels and other carbon intensive industries.”

Kate Rogers, Head of Policy at Schroders and Chair of the Charity Investors Group concurs: “We are seeing a trend of charities and others asking for advice on how to avoid carbon intensive investments – this opinion looks likely to lead to further demand for this kind of advice from charity investors.”

And yet there is a general feeling that the City as a whole has not fully woken up to the need to engage with the risks associated with carbon intensive investments. Helena Morrissey, CEO of Newton and chairman of the Investment Management Association, recently warned that the impact of climate policy is still not high enough on agenda of most investment managers and has warned her peers that “We slept walked into the financial crisis and we have no excuse for sleepwalking into a climate crisis.”

The legal opinion comes out just days before the crucial COP21 Climate negotiations in Paris and against the backdrop of related concerns about carbon intensive investments expressed by the Bank of England and its Governor Mark Carney. It will likely add momentum to the global Divest Invest movement, which is calling for investors to divest from carbon intensive investments and invest in a low carbon future and which now represents $2.6trn of assets.